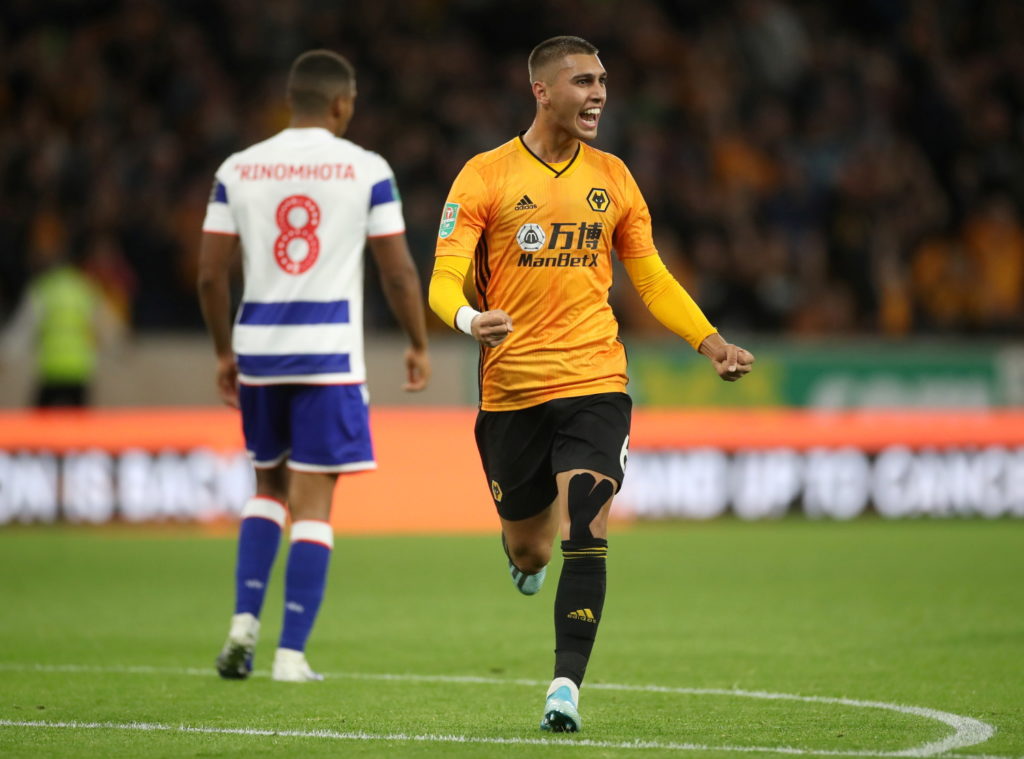 Wolves youngster Meritan Shabani is making good progress from the horrific knee injury he suffered in his first game for the club.

The German youngster only joined the club last summer from Bundesliga champions Bayern Munich and he was looking forward to a breakthrough season, but injury put paid to that.

He ruptured his anterior cruciate ligament on his debut against Reading in a Carabao Cup tie back in September after he landed badly on his right knee after only being on the field a matter of minutes.

He has made steady progress and is now back outside running again although any hopes of returning to train with the first-team have been put on hold due to the coronavirus, so he is running in isolation.

The 21-year-old is happy to be out on the grass once again.

He captioned a picture of himself laying down on a Wolves training pitch a couple of weeks ago with “you can’t see my smile but i’m very happy to be back on the pitch”.

Premier League shareholders, including Wolves, and other important football stakeholders met this morning, and have jointly issued the following statement.https://t.co/6FoKeH4T7g

When he will actually be back training with the rest of his team-mates is anyone’s guess, but he is closing in on being ready to at least train with the side when things turn back to something approaching normality.

Premier League action is suspend until April 30 at the earliest although the FA , Premier League and EFL have said all leagues will be played to a finish, so Wolves’s quest for a Champions League spot will reach its conclusion.