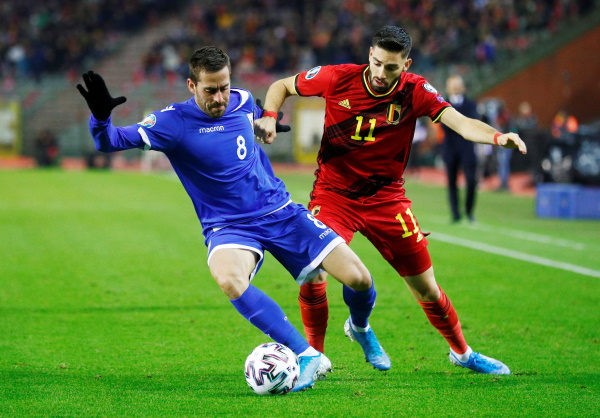 The Belgian joined the club, currently managed by former Liverpool and Newcastle boss Rafa Benitez, two years ago for an undisclosed fee.

He enjoyed a productive two years in China, scoring 24 goals in 52 appearances and they finished ninth in 2019.

However, he has been repeatedly linked with a move back to Europe, particularly since the Chinese FA imposed a wage cap on their big-spending teams, and now he will play at his old stomping ground for the rest of the season.

Boss Diego Simone has brought back the 26-year-old on a loan deal until the end of the season with the option for a permanent switch if he impresses.

He arrived at the club’s Majadahonda training base on Friday and trained with his team-mates ahead of the derby clash with Real Madrid on Saturday.

Carrasco had been previously linked with a switch to the Premier League in the January transfer window, with Crystal Palace thought to be keen on bringing him to south London.

However, the deal ultimately proved to be a non-starter and now the Belgian will playing at the Metropolitano until the end of the season as he looks to solidify his place in Roberto Martinez’s squad for Euro 2020.

Winger Carrasco will battle the likes of Thomas Lamar and Vitolo to get into Simeone’s side.

He played for Atletico for three years between 2015 and 2018 after joining for 20million euros from French Ligue 1 outfit Monaco.

The Vilvoorde-born players had been training in his homeland for a significant period of time prior to the transfer, meaning there is no risk of him spreading the coronavirus which has broken out in China.