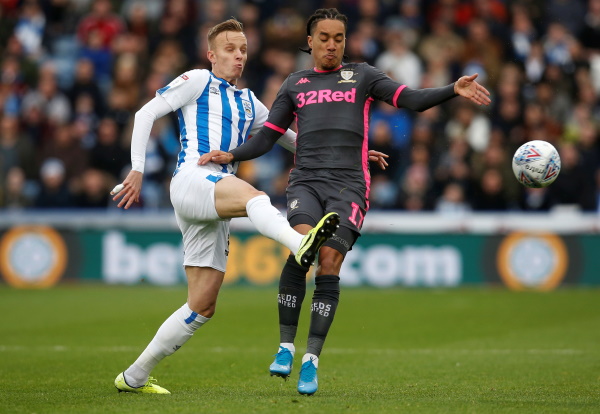 Versatile operator Hadergjonaj will stay with the Super Lig side until the end of the season, with club not confirming whether they have the option to make the move permanent in the summer.

The Kosovo international, who represented Switzerland once before changing his allegiance, joined the Terriers on loan from German outfit Ingolstadt in the summer of 2017 ahead of their debut Premier League campaign.

He impressed enough to make the move permanent the following summer and ended up displacing then club captain Tommy Smith in the side.

However, since relegation from the top flight, he has been in and out of the team, with manager Danny Cowley preferring to use Danny Simpson or Juninho Bacuna at right-back.

The 25-year-old has not started a Championship game since Boxing Day and has only started eight times since Cowley took over from Jan Siewert in early September.

Now, after 73 appearances for the West Yorkshire outfit, he will head for pastures new and Cowley has been nothing but complimentary about his attitude.

“Since we’ve been in the building, Flo’s attitude and work ethic has been really good,” he told the club’s official website.

“He’s a player that can play in a variety of positions but ultimately he wants to play regularly. We hope the rhythm of games will allow him to find his best football again.”

Huddersfield have had a busy January window so far as they seek to avoid their second consecutive relegation.

The Terriers have also been boosted by the acquisition of Leicester’s Andy King and Arsenal’s Emile Smith Rowe on loan until the end of the season.