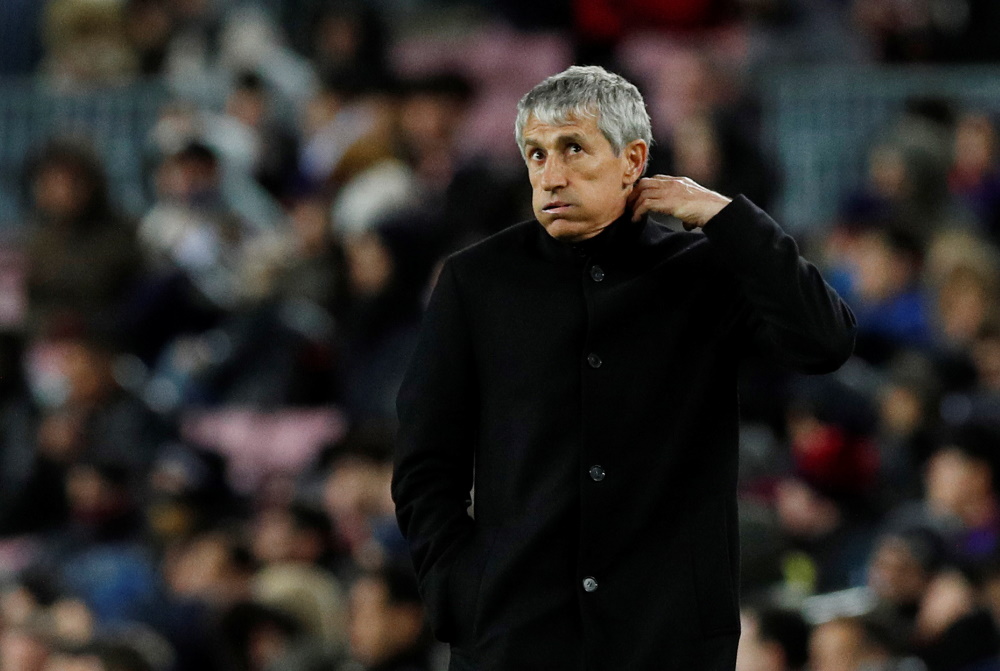 Barcelona manager Quique Setien has admitted there was much to be improved upon after his side edged to a 2-1 win at UD Ibiza on Wednesday night.

The Blaugrana were made to work hard for their progression in the Copa del Rey, with France international Antoine Griezmann saving the La Liga giants blushes with an injury-time goal against an Ibiza side currently plying their trade in the third tier of Spanish football.

Pep Cabelle gave the hosts a shock lead at the Estadio Municipal de Can Misses but it was a brace from former Atletico Madrid star Griezmann, the second goal coming in the 94th minute, that was enough to see Barca through.

Presiding over his second match in charge of Barca, following the sacking of Ernesto Valverde, Setien feels his side have plenty to work on going forward having also failed to catch the eye when beating Girona 1-0 at the weekend.

“I didn’t like the team in the first half. But I understand the difficulties these games present, with the artificial grass and against a really intense and aggressive team that was very good at the back,” he said.

“I would have liked to have been more precise, but it will do us good because we can draw conclusions for the future from these games. When you do things poorly, you can improve them.”

The likes of star forward Lionel Messi and experienced defender Gerard Pique were rested for the Copa del Rey encounter but are expected to return on Saturday when the Blaugrana make the trip to Valencia in La Liga.