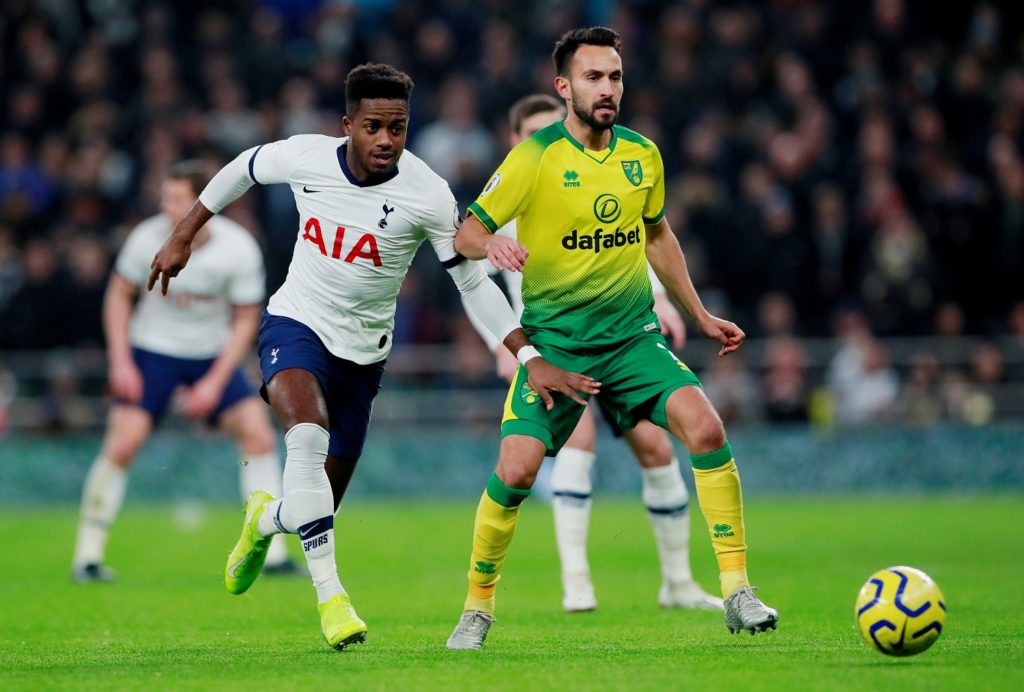 Norwich new boy Lukas Rupp says there were positives to take from Wednesday's game at Tottenham, despite the Canaries again tasting defeat.

Rupp recently signed from Bundesliga outfit Hoffenheim, with head coach Daniel Farke hoping the midfielder can become the latest in a line of rough diamonds that he has taken a gamble on but have worked out successfully.

The 29-year-old had seen limited action this season for Die Kraichgauer and will be hoping for more exposure in Norfolk.

Rupp lasted 82 minutes at the Tottenham Hotspur Stadium but was unable to prevent his new team tasting defeat for the 15th time in 24 Premier League games.

Dele Alli opened the scoring after 38 minutes before Teemu Pukki equalised from the penalty spot with 20 minutes left. However, the luck was again out for Norwich when a Christoph Zimmermann block looped onto the head of Son Heung-min who nodded home the winner.

💬 “If we go further with this kind of performance and spirit no-one can blame us.”

Farke’s side remain rooted to the foot of the table, six points from safety and the boss described the result in N17 as “harsh.”

His new signing was in agreement, suggesting that his team deserved at least a point from their midweek defeat.

“It was a good game from us,” Rupp told the club website. “Of course, we are disappointed, but we had the chances. If we keep on going like that, we will get the points.

“One point is deserved from this game but that’s football. Tottenham are a great team but in the end it [the win] wasn’t deserved for them.

Norwich are next in action on Saturday when they head to Burnley in the fourth round of the FA Cup, a game Rupp is confident he will be fit enough to play a part in.