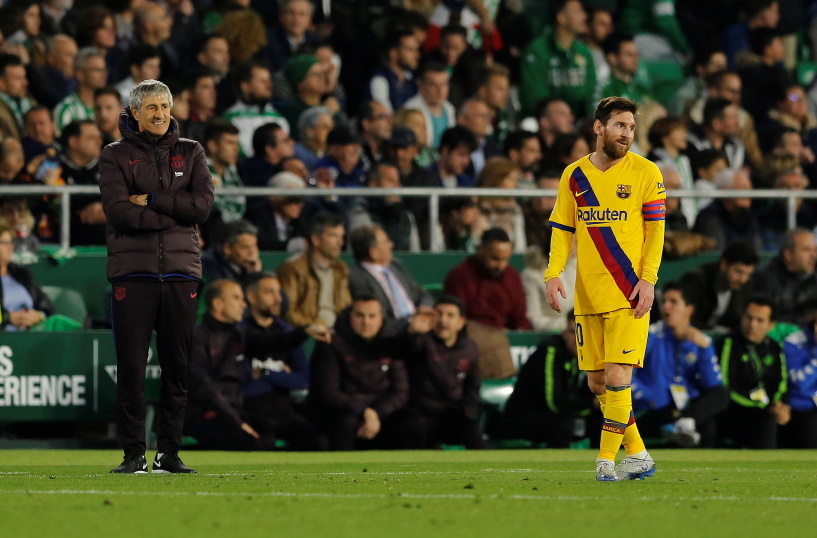 Quique Setien admits Barcelona are still "missing things" as they were forced to come from behind to beat Real Betis 3-2 on Sunday.

The pressure was on Barca as they sat six points behind La Liga leaders Real Madrid, who had beaten Osasuna comfortably earlier in the day, and they were made to work for this win.

They got off to a poor start as Sergio Canales gave Betis the lead from the penalty spot after just six minutes, before Frenkie de Jong got Barca back on level terms.

Nabil Fekir then had Betis back in front and it took goals from Sergio Busquets and Clement Lenglet, who was also sent off, to eventually wrap up the three points.

The win moved Barca back to within three points of Real and, on the whole, Setien was pleased to pick up three points against his former club.

“I really liked the team,” he said. “You have to give these things value. There are things we could have done better, but I’m happy. They pressed us a lot. We had a complicated start and weren’t comfortable at any point.”

He then went to add: “We’re still missing things.”

Nonetheless, the Barca coach was just happy to pick up a massive three points from a tricky away game, that keeps them well in touch with Real.

Barca were also in need of a positive result following a tough week that had seen them crash out of the Copa Del Rey, followed by a bust-up between Lionel Messi and sporting director Eric Abidal.