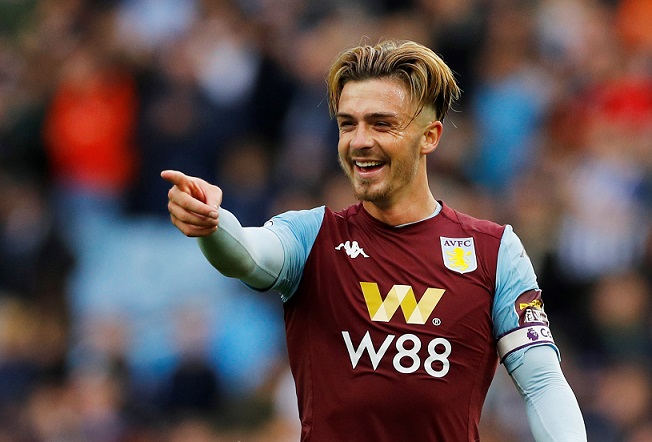 Jack Grealish believes his chances of receiving an England call-up have been reduced by playing as a winger for Aston Villa.

The 24-year-old has yet to win a senior cap for the Three Lions despite being tipped to get the call during this season’s international breaks.

Capped seven times by England’s Under-21s, the Birmingham-born ace has been Villa’s standout player this term, creating more chances than any other Englishman in the Premier League.

He has also bagged seven goals but been unable to prevent the West Midlanders from slipping towards the relegation zone.

They currently sit 17th in the standings following Saturday’s 2-0 defeat at Southampton and face a battle to avoid going straight back down to the Championship.

Villa boss Dean Smith has been deploying the former Notts County loan man in wide areas and, despite receiving widespread praise for the way he has played this term, Grealish feels he will struggle to get picked in that area due to the players that England boss Gareth Southgate has at his disposal.

“If you look at England’s wingers, I doubt I would have much of a chance of starting in front of Sterling, Sancho and Rashford.

“I’ve always said my favourite position would be playing in midfield. That is where I would love to play for England.”

England are next in action at the end of March when they face Italy and Denmark in a couple of friendlies and Grealish will need to be included in Southgate’s squad for those games to have a realistic chance of featuring in Euro 2020.