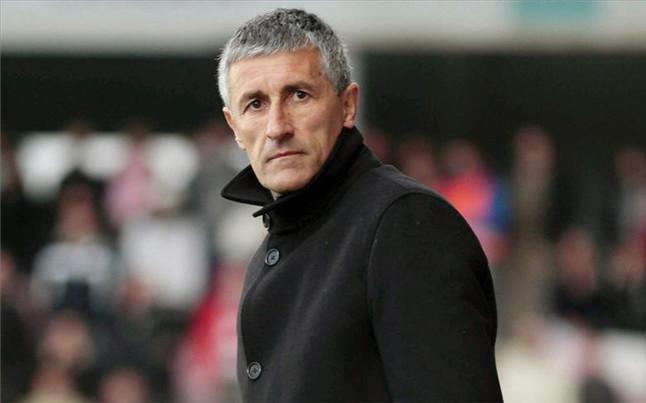 The Catalan giants had their chances at the Bernabeu but failed to capitalise and were undone by goals in the final 20 minutes from Real pair Vinicius Junior and Mariano Diaz.

The defeat saw Los Blancos leapfrog Barca at the top of the Spanish top-flight standings and they now hold a one-point lead over the Catalan giants.

However, Setien is convinced his side will respond to the disappointment of losing in Madrid and says the title fight is still wide open.

It’s time to get back up!
We are still in the fight for @LaLigaEN!
Next match: #BarçaRealSociedad on Saturday at Camp Nou pic.twitter.com/4TIuqnoxuw

“Last week, we were two points up. Now, they are one up. There is much left and this [title race] can take many turns,” he told reporters.

He added: “It’s a tough defeat because these games affect you when you lose them, obviously, but we have the ability to recover.

“There are positive things to rescue and we will analyse what we have not done well.”

There are 12 games left in La Liga and Barcelona arguably have the tougher run-in than Real as they still have to play Sevilla, Atletico Madrid and city rivals Espanyol, although the latter two of those games are at Camp Nou..

Real’s trickiest fixtures of their final 12, on paper at least, appear to be a trip to Real Sociedad in early April and the visit of surprise package Getafe at the end of next month.