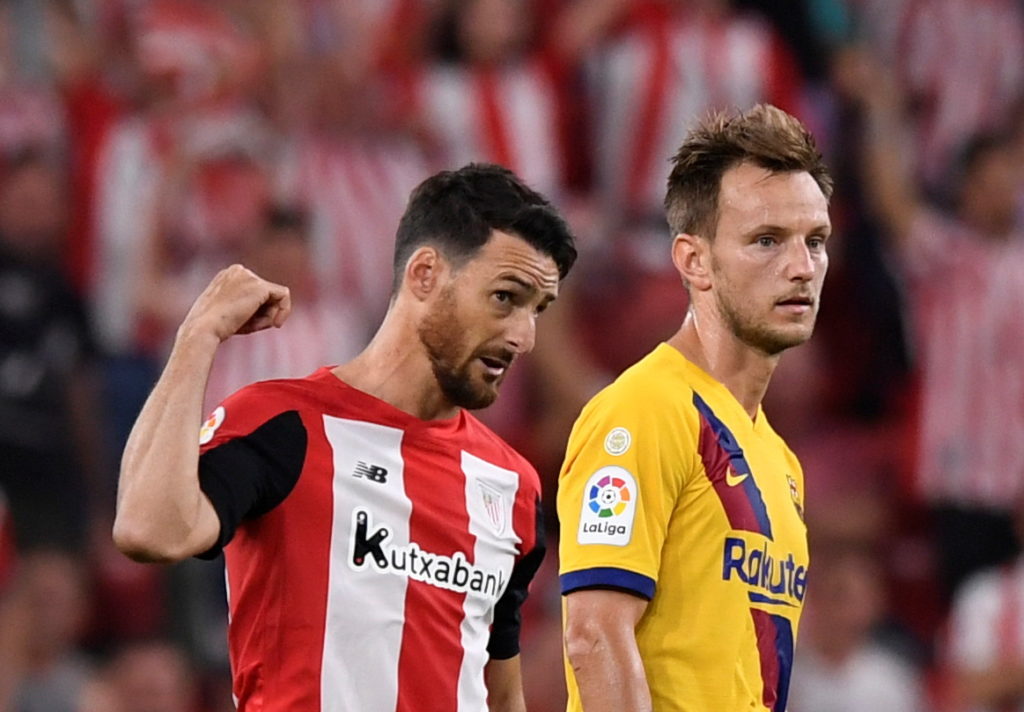 Barcelona midfielder Ivan Rakitic is reported to have met with Atletico Madrid officials to discuss a potential summer move.

The future of the Croatia international has been shrouded in doubt for some time as he continues to struggle for enough game time at the Nou Camp.

However, there is no shortage of interest and he is still regarded as one of the top midfielders in European football who could walk into many a first team without too much problem.

But Barcelona is not any club and regular football has been hard to come by.

Rakitic is under contract with Barca until the summer of 2021 and there is the possibility he could stick it out and move on a lucrative free transfer at the end of it.

However, such is his determination to play first-team football, and with him not getting any younger, there is a good chance a move will happen at the end of the season.

Reports claim Atleti have put the player on the top of their wanted list, with Rakitic understood to be open to making a switch to Madrid if the terms are good enough.

The meeting between the two parties is said to have taken place after Atleti beat Liverpool 1-0 in the Champion League last week.

Whether Barca were privy to this meeting remains to be seen although it is thought they would not stand in his way if they received a decent enough offer.

Rakitic will be on big money, so Atleti will have to push the boat out if they are to have any chance of doing a deal, while there is also interest from clubs in England.