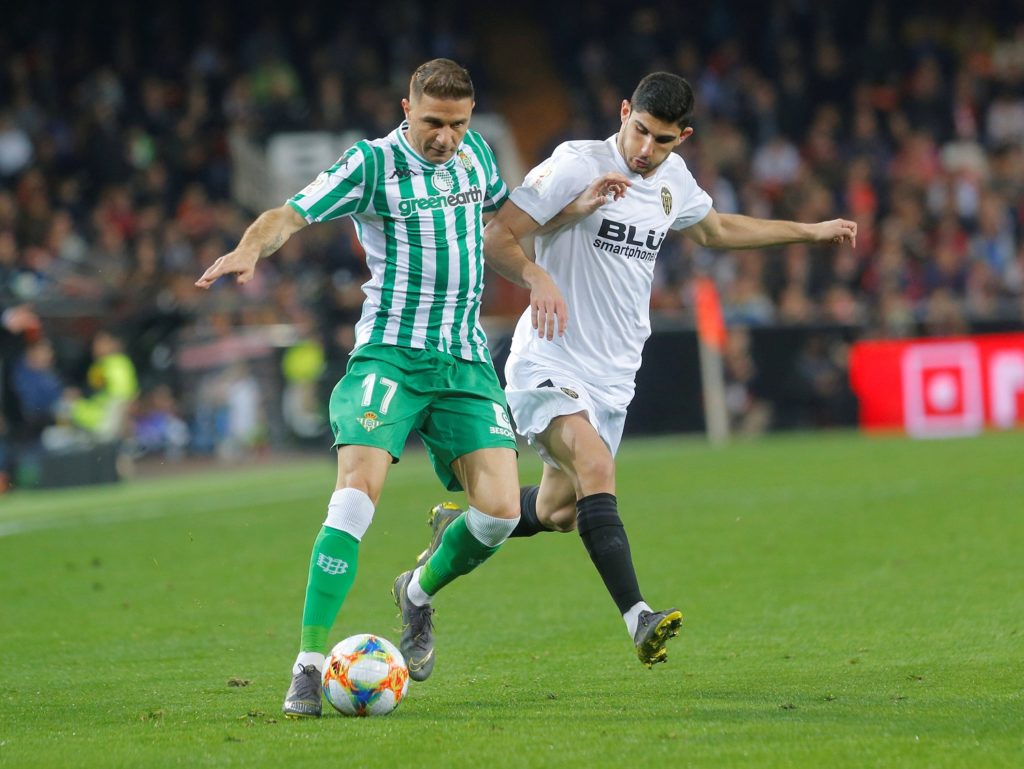 Real Betis captain Joaquin says his side cannot give up on European qualification, despite again dropping points on Friday.

In a thrilling contest at the Benito Villamarin against Mallorca, Los Beticos came from behind twice before Joaquin put them 3-2 ahead after 48 minutes.

They could not hold on though, with Takefusa Kubo grabbing an equaliser late on.

Mallorca remain in the thick of the relegation battle but Betis again wasted a chance to make a real dent in their deficit to the top six, with Rubi describing their performance as “unacceptable”.

Betis now sit eight points adrift after Friday’s draw having played a game more and head to Valencia next Saturday aiming to end a run of five games without a victory.

With 13 matches to go, there remains time for the Andalusians to make a dash for the European spots and Joaquin is not giving up.

Despite his age, the 38-year-old remains a key man for his boyhood club.

With so much experience, the former Spain winger knows his team faces an uphill battle to make the Europa League places and has called for focus as they aim to turn their performances into results.

“We never think about saying goodbye until the end of the season,” he is quoted as saying by Marca. “It is a reality that we are far away and this gets us even further.

“We have to keep working and achieve the maximum possible victories. Our goal is going game by game. The results are not what we deserve and so it is very difficult to enter the top positions.”