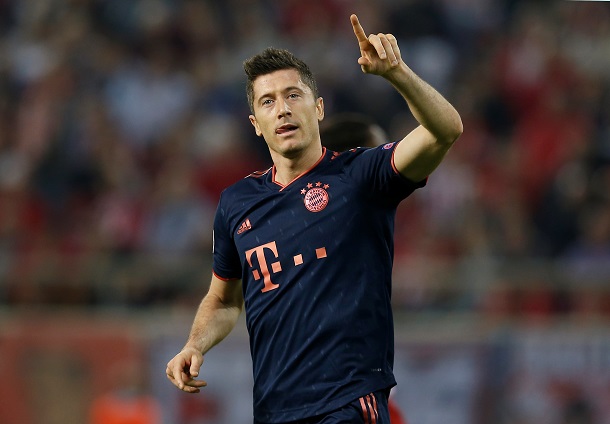 The 31-year-old was midway through a four-year spell with Borussia Dortmund at the time when the legendary Scottish tactician made enquiries about taking him to Old Trafford.

The Poland international had already shown his goalscoring exploits at Signal Induna Park and went on to bag 103 from 187 appearances in all competitions for BVB.

He has gone from strength to strength with the Bavarians, notching 229 in nearly six seasons at the Allianz Arena, including two late strikes on Friday night as Bayern came back from 2-1 down to beat SC Paderborn 3-2.

And it was a big help towards retaining their title.

That took the champions four points clear of RB Leipzig in the race for the Bundesliga title although it could have been a different story had Fergie got his wish.

United wanted the man capped 112 times by Poland – and Lewandowski was interested – but it seems Dortmund would not play ball.

“Borussia Dortmund said, ‘No, that’s that.’ That was the first time I was thinking about the move because if you get a phone call from Sir Alex Ferguson, for a young player it was something amazing.”

The talented hitman has scored 10 Champions League goals in five appearances this term and will be hoping to add to that tally when the German giants visit Stamford Bridge to take on Chelsea on Tuesday in the first leg of their last-16 showdown.