Hazard closing in on return to action 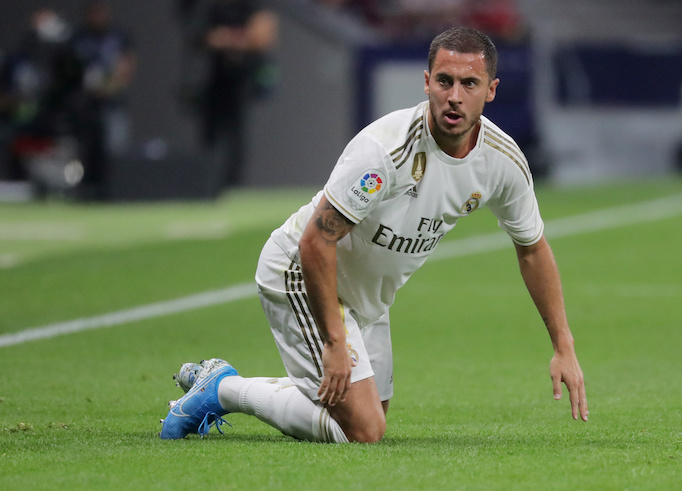 Eden Hazard could make his first Real Madrid appearance in over two months against Celta Vigo this weekend as he steps up his recovery from an ankle problem.

Belgium international Hazard is yet to get going for Real after joining in a reported £130million deal from Chelsea last summer, as he has only scored once in 13 appearances across all competitions.

Indeed, Hazard has not been seen at all since limping out of Real’s Champions League group stage clash with Paris Saint-Germain at the end of November.

Los Blancos have flourished in his absence, as they have overhauled Barcelona at the top of the La Liga standings following a five-game winning run that includes Sunday’s success at Osasuna.

However, the impending return of Hazard will certainly be a boost to Real, with boss Zinedine Zidane confirming the 29-year-old could feature in Sunday’s clash with Celta Vigo at the Bernabeu, providing he emerges through this week’s training unscathed.

“He’s going to need this week, which will be a long one,” Zidane told reporters. “We’ll see him next weekend, I hope.”

The return of Hazard could be a timely one, as not only are Real looking to hold off Barcelona at the top of the La Liga standings, but they are also set to take on Manchester City in the last 16 of the Champions League.

Indeed, the first leg of their tie with the Citizens at the Bernabeu will come just four days before Real host Barca in the second Clasico of the season – a period that could go a long way to defining their entire campaign.