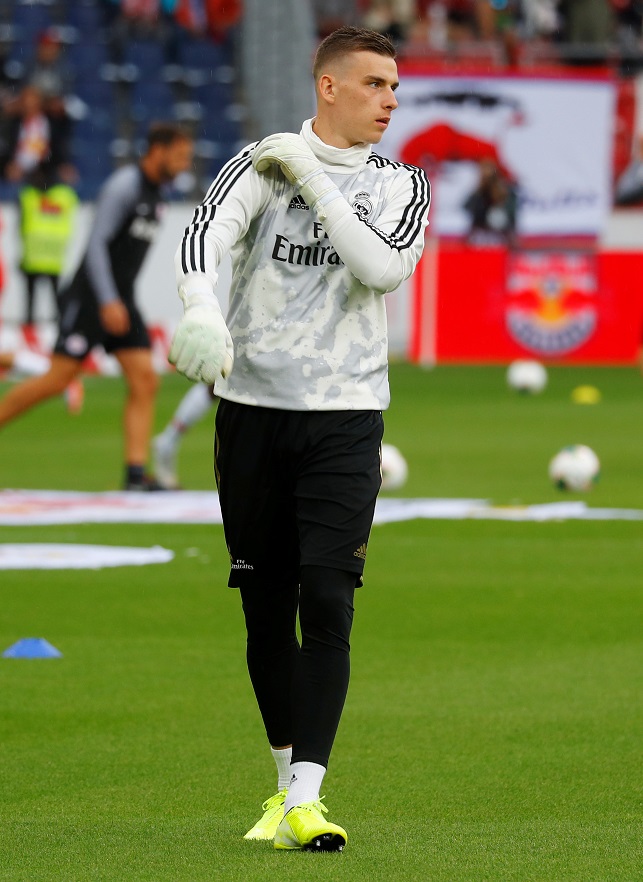 Real Madrid goalkeeper Andriy Lunin says he is in talks over his future at the club but is still unsure where he will be playing next season.

Ukraine international Lunin joined Madrid in June 2018 from Zorya Luhansk in a deal worth a reported £8million but has yet to make a competitive appearance for the Spanish giants, with his four appearances coming in friendlies.

The 20-year-old was immediately sent out on loan to Leganes after his move went through but he only started four La Liga games for the club.

He then joined Real Valladolid on loan in August 2019 although he failed to play a single league game as he couldn’t displace Jordi Masip.

Lunin was recalled in January and sent out to Real Oviedo for the rest of the 2019/20 campaign and has enjoyed a good run in the first team, featuring in five Spanish second division matches and earning positive reviews from his performances.

With just four months of the season remaining there has been talk about the goalkeeper’s future at Madrid, where he has a contract until the summer of 2024, and the Ukrainian admits he is unclear what will be happening next season.

When asked if the Spanish giants had given him any indication on his role next season by Onda Cero, Lunin replied: “Not yet but we are speaking – I am in contact with the goalkeeping coach and the directors.

“It is my priority to play and continue to play and at Real Oviedo that is the case, so I am happy to be playing at this club.”

Madrid are said to rate Lunin highly and are expected to send him out on loan again for the 2020/21 campaign.