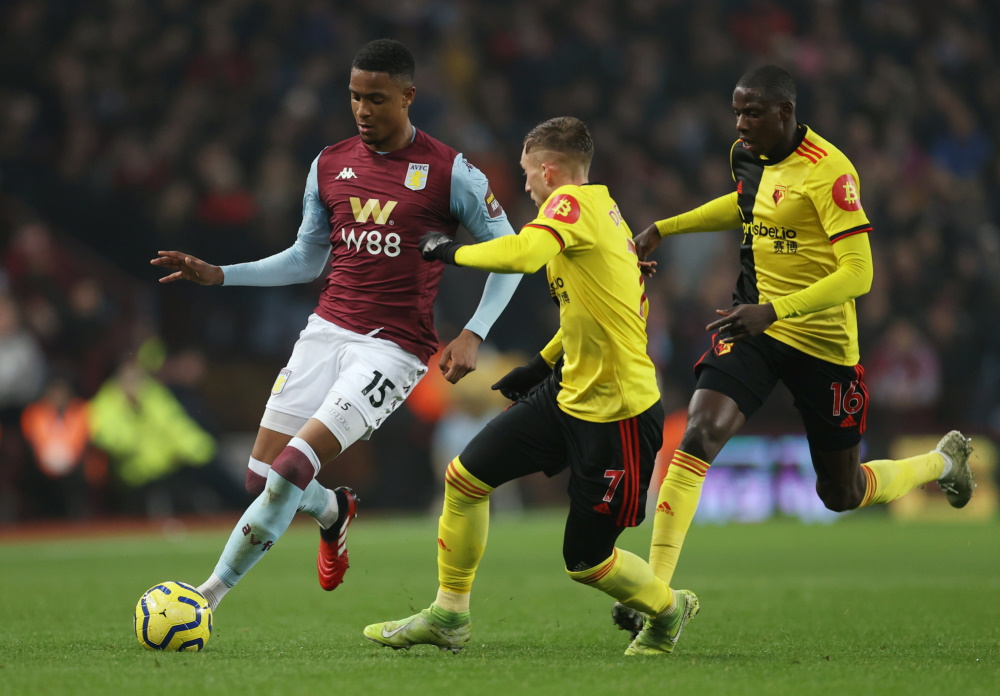 Aston Villa boss Dean Smith has revealed Ezri Konsa has recovered from a thigh injury but Keinan Davis is facing three weeks out with a hamstring strain.

Villa boss Smith has given an injury update in the build-up to Sunday’s home Premier League clash with Tottenham and confirmed defender Konsa is back training fully following his injury but striker Davis is facing a spell on the sidelines.

Konsa suffered his setback in the 2-1 defeat at Bournemouth on February 1 and went off at half-time to be replaced by Bjorn Engels, as Smith was forced to change things around at the back. There were concerns at the time that the summer signing could be out for several weeks but, after being given a spell off at the start of Villa’s winter break, he has now recovered fully.

Smith told the Villa website: “He felt something in his thigh at half-time so we brought him off, but he had three or four days off and then he came back in and he’s been back training ever since. So he’s fine and he’s fit.”

The news on young striker Davis is not so good, however, as he has suffered a hamstring injury while in action for the Under-23s and the boss expects the 21-year-old to be out for up to three weeks.

Smith is frustrated to lose the forward as an option for the upcoming games against Tottenham this weekend and the clash at Southampton on February 22 and Manchester City on March 1.

“And unfortunately he felt it in a different place but it’s certainly not as bad as it was and I’m expecting him to be back in the next two to three weeks. It’s only a minor hamstring injury but it’s one that was certainly a kick in the teeth for him because he was making an impact when he was coming on.”

The boss gives an update on…

Davis has come off the bench seven times in the Premier League so far this season, including a 32-minute run-out in the aforementioned recent defeat at Bournemouth.