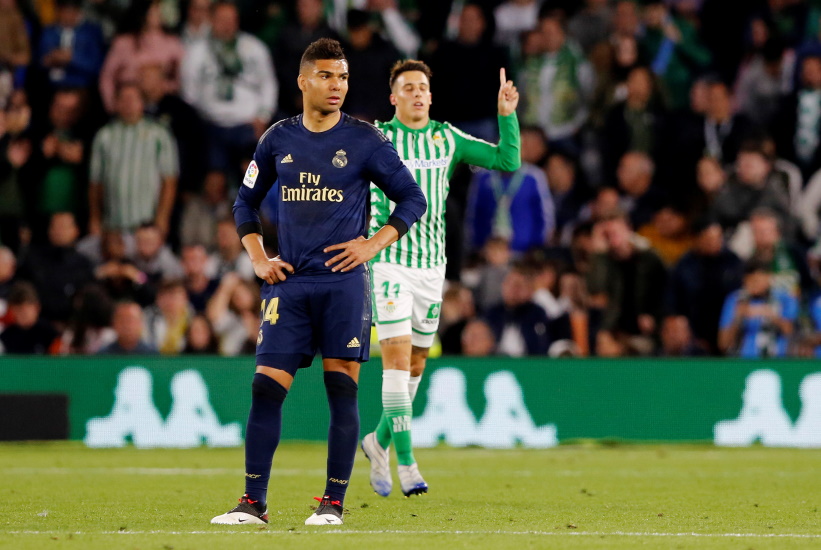 Real Madrid star Casemiro believes the defeat to Real Betis on Sunday could have cost his side the chance to win the La Liga title this season.

Los Blancos were in the box seat to win La Liga following their Classico win over Barcelona last week, but they gave up the advantage as they slipped to a 2-1 loss against Betis.

Real are now two points behind Barca with 11 games of the season remaining, so there should be plenty of time to make up the deficit and wrestle the title back off the Catalans.

However, Casemiro fears the defeat could be very costly and has warned his team-mates there cannot be any more slip ups over the remaining games.

🗞 2-1: Real Madrid beaten at the Villamarín. Read the match report from a tough night in Seville. #RealBetisRealMadrid

Real boss Zinedine Zidane took responsibility for the defeat but Casemiro says it is the players’ fault as they were completely outplayed by the home side.

“They were superior and played better, there is no excuse, football is simple,” the midfielder told the club’s website. “In La Liga every game is difficult. To win La Liga we have to play well in every game and we didn’t play well.

“We have to keep working hard, we have not been up to the task and we have not played like we did against Barcelona. We are human too, but it could cost us the league title. We have to look at Eibar now.”

Real take on Eibar on Thursday night and all three points is an absolute must to get them back on track in the league.