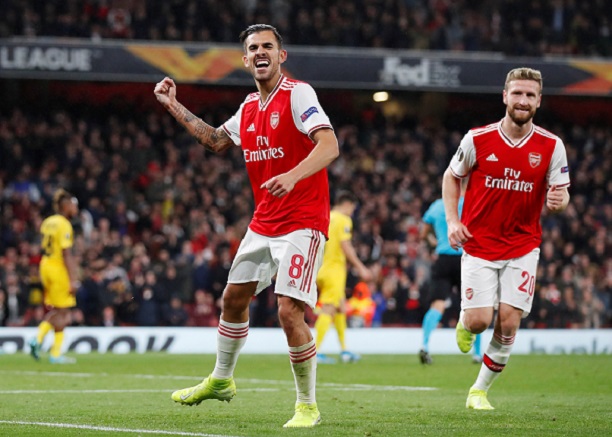 Real Madrid have reportedly told Arsenal they will need to hand over £36million to land Dani Ceballos at the end of the season.

Ceballos joined Arsenal on loan from Real last summer for the 2019-20 campaign and he has put in some mixed performances.

The 23-year-old started strongly but appeared to lose his way, as several players did, during the latter stages of Unai Emery’s tenure.

He has seemingly enjoyed playing under Mikel Arteta and speculation has been growing that Arsenal could look to make his switch permanent.

The Spain international has previously spoken of a desire to play regular football to boost his hopes of featuring at the next European Championship.

A regular role back at Real is unlikely to be offered by Zinedine Zidane next term, with plenty of competition for places in his position.

Reports suggest that Los Blancos are open to allowing Ceballos to depart but will demand a fee in the region of £36million.

It’s not yet clear how much financial backing Arteta will be handed during the off-season and earning a Champions League berth could be the difference in doing a deal.

It’s possible, although yet to be confirmed by the Premier League, that fifth spot could be a route into the Champions League due to Manchester City’s European ban.