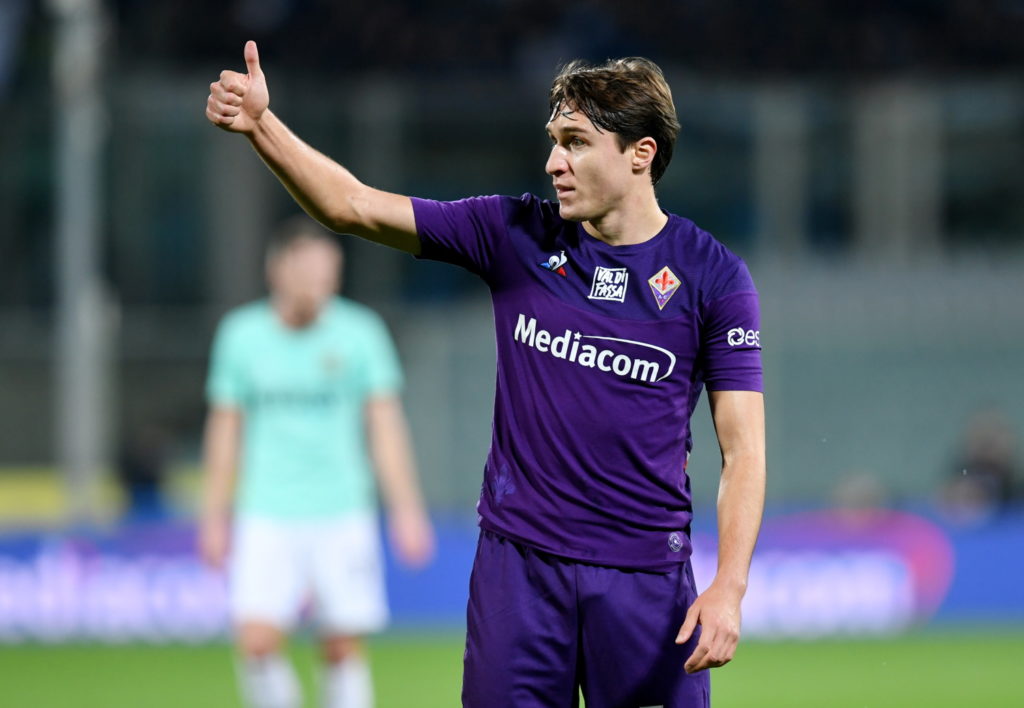 Reports in Italy claim Manchester United have been watching Fiorentina winger Federico Chiesa as they consider a summer move.

United boss Ole Gunnar Solskjaer has been very successful in the transfer market during his time at the helm and Chiesa could be the next to join his project.

The likes of Aaron Wan-Bissaka, Daniel James, Harry Maguire and Bruno Fernandes have impressed since arriving at the Theatre of Dreams.

Solskjaer is understood to be keen to add to his attacking options and Chiesa’s exploits in Serie A have attracted United’s attention.

The 22-year-old has turned out on 26 occasions for Fiorentina this season, netting seven times and assisting a further five goals.

Since making his debut for Fiorentina in August 2016, Chiesa has bagged 29 goals and laid on 20 assists.

He is already a full Italy international, earning 17 caps, and has been linked with several elite clubs around Europe.

United are the latest to send scouts to watch him in action and reports in Italy suggest they were hoping to continue monitoring his progress.

The current break in domestic football across the continent due to the coronavirus outbreak has disrupted United’s plans, but the report states United will return to run the rule over Chiesa when action resumes.

It was recently suggested that Fiorentina had opened talks over a new contract with the highly-rated youngster after he was approached by Juventus and Inter Milan over the summer.