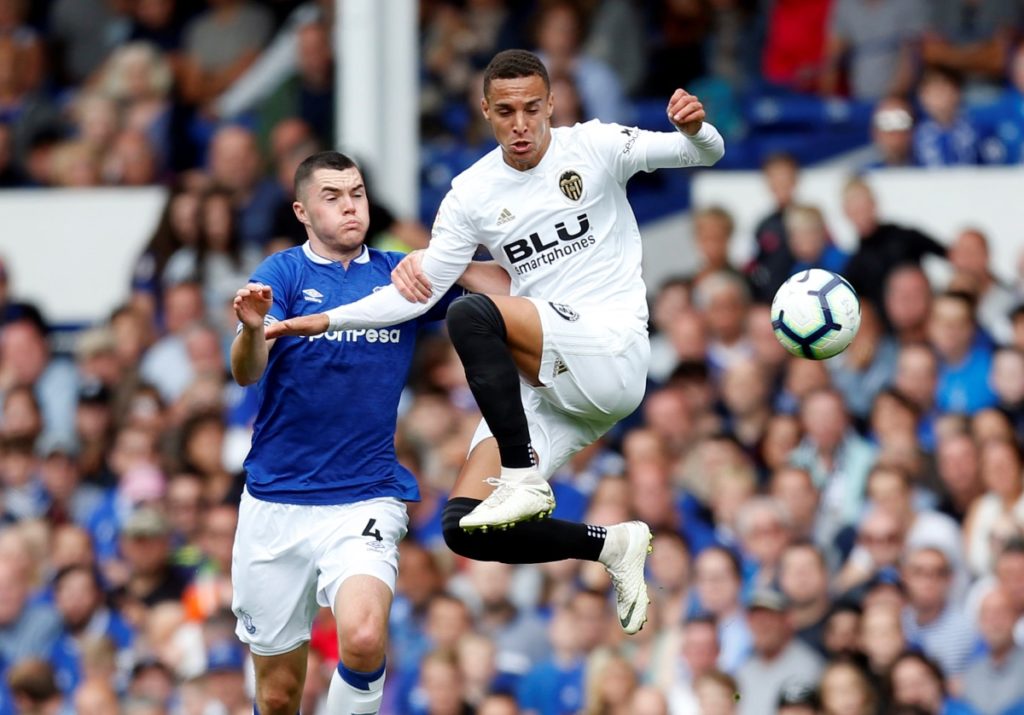 Valencia coach Albert Celades has refused to confirm if forward Rodrigo Moreno will still be at the club this month, with Barcelona interested in his services.

Barcelona scouts are scouring the market for new strikers after Luis Suarez was ruled out for four months.

Suarez has undergone knee surgery this month in a bid to fix the issue, and that leaves Barcelona with just Lionel Messi and Antoine Griezmann as recognised strikers.

As a result, Barcelona have missed out on Dani Olmo, with RB Leipzig signing the Barca target from Dinamo Zagreb.

Reports in the press have linked Barcelona with Arsenal forward Pierre-Emerick Aubameyang, while RB Leipzig ace Timo Werner is another who has been mentioned.

Chimy Avila is also not able to leave Osasuna after being ruled out for the season with a cruciate ligament injury following his team’s win over Levante on Friday.

Rodrigo is now one of Barcelona’s main targets, with the Brazilian a LaLiga veteran after making his debut in 2014.

Barça are calm about Rodrigo Moreno. There is no rush as they say. Barça are also looking at yet another striker whose name is unknown. [@moillorens] pic.twitter.com/gXBhgEnvX6

Rodrigo has since made over 200 appearances for Los Che, and Celades has hinted that a move could be on the cards.

“I can’t assess all of the situations that may occur,” Celades said. “No opinion of mine can change the situation.

“He did well, he really wanted to play. It’s not the first time he’s been through this, as it happened in the summer.

“But he played for a while today, and that gives us a lot of joy. Rodrigo is a Valencia player, and that’s the situation. We’ll see what happens.”