Corini sacked by Brescia for second time this season 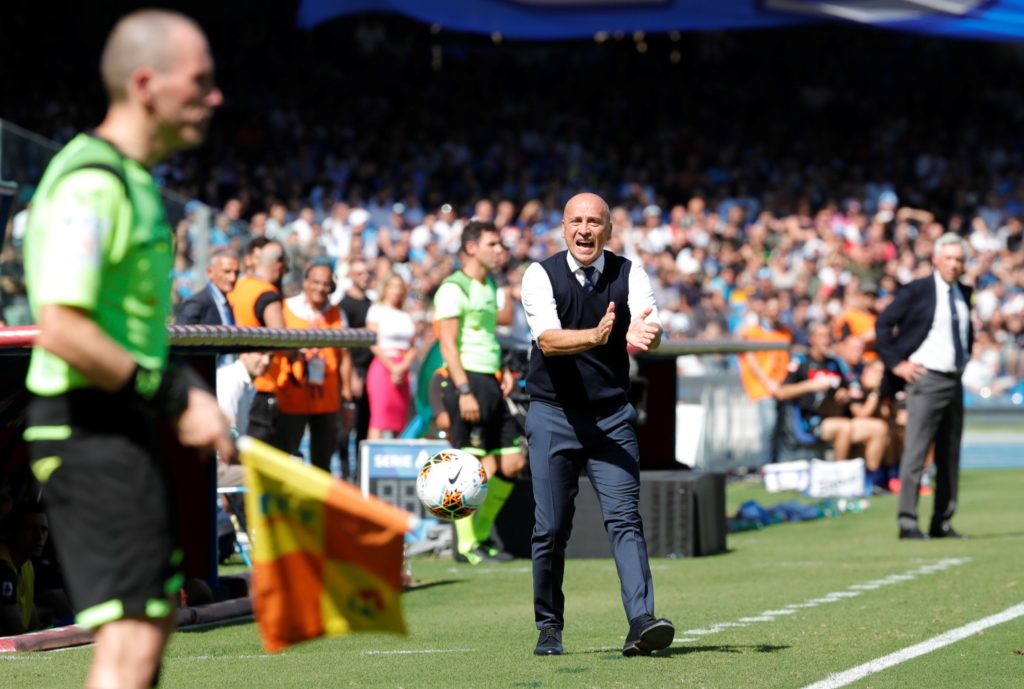 Brescia have sacked Eugenio Corini as coach for the second time this season despite backing him just a few days ago.

Corini, 49, began the season in charge of Le Rondinelle but was shown the exit door on November 4 last year after a poor start to the campaign.

Brescia lost all three matches under his replacement, Fabio Grosso, without scoring a goal and conceding 10 in the process, with the powers-that-be deciding to take action.

The 42-year-old former Italy defender was relieved of his duties on December 2, with Corini re-hired but he has now been jettisoned for the second time, with Brescia 19th in the standings and level on 15 points with basement club SPAL.

They managed to win their first two games after his return but two draws and five losses since then mean he is now out of work once again.

A statement by the club read: “Brescia announce they have relieved Eugenio Corini of his role as coach of the first team.

“The club thanks Mister Corini and all his staff for their professionalism, dedication and effort.”

The decision comes as a surprise after the Stadio Mario Rigamonti outfit issued a statement after Saturday’s 2-1 defeat to Bologna stating that his job was not under threat.

Corini was said to have had the full confidence of owner Massimo Cellino who was keen to “continue with this working group”.

Next up for I Biancazzurri is the visit of Udinese on Sunday and it remains to be seen if they will have a new man at the helm for that game.