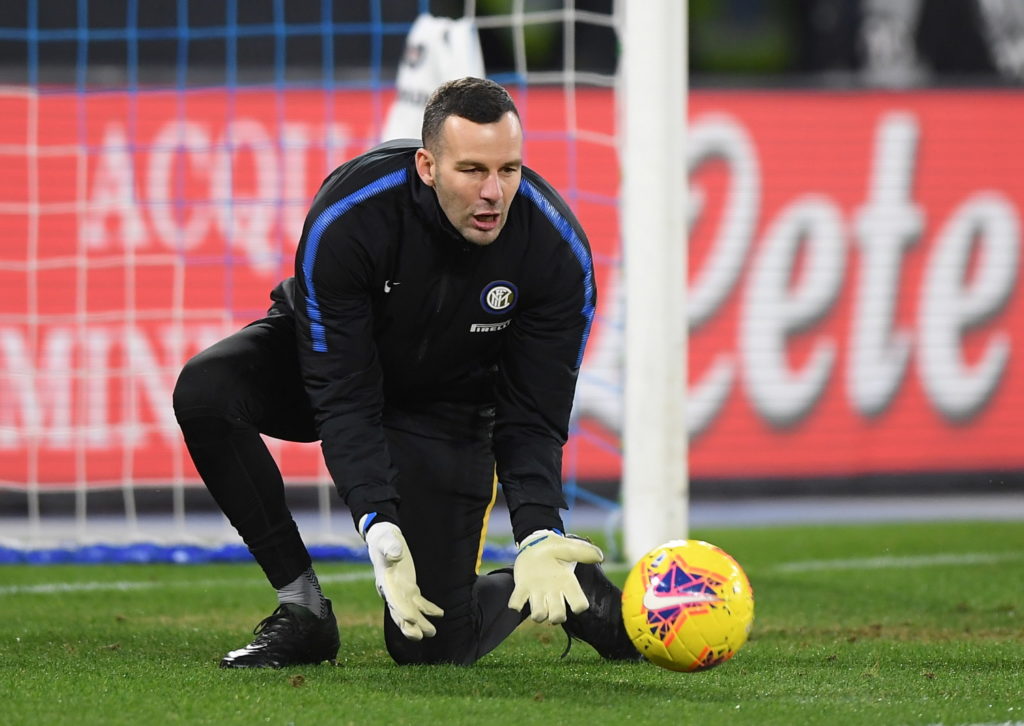 Goalkeeper Samir Handanovic is set to be absent from some of Inter Milan's upcoming games after he picked up a hand injury.

The Slovenia international has been an ever-present between the sticks for the Nerazzurri, having played in 97 consecutive games stretching back to May 2017 when he missed a game against his former club Udinese.

Handanovic, who joined from the Udine outfit in summer 2012 for a fee in the region of €19.4million, has gone on to make 323 appearances for Inter.

However, the 35-year-old will almost certainly fall short in his quest to make it 100 consecutive games with reports claiming a hand injury will keep him out of Sunday night’s Serie A clash against, ironically, Udinese.

#Inter goalkeeper Samir Handanovic will be out for several games due to a reported hand injury. #FCIMhttps://t.co/Wds7EgytVd pic.twitter.com/U9c7SeViDq

As a result, understudy custodian Daniele Padelli will be given his first Serie A league appearance of the season against the Zebrette.

The severity of Handanovic’s injury is not yet known, but reports claim he will be out for several games, which means he is set to miss next weekend’s Serie A derby clash against AC Milan, the Coppa Italia semi-final first leg at home against Napoli and the league trip to Rome to face Lazio on February 16.

Padelli, who has featured in just two Coppa Italia matches so far for Inter this season will be given an opportunity to stake his claim to become coach Antonio Conte’s regular number one in the absence of Handanovic.