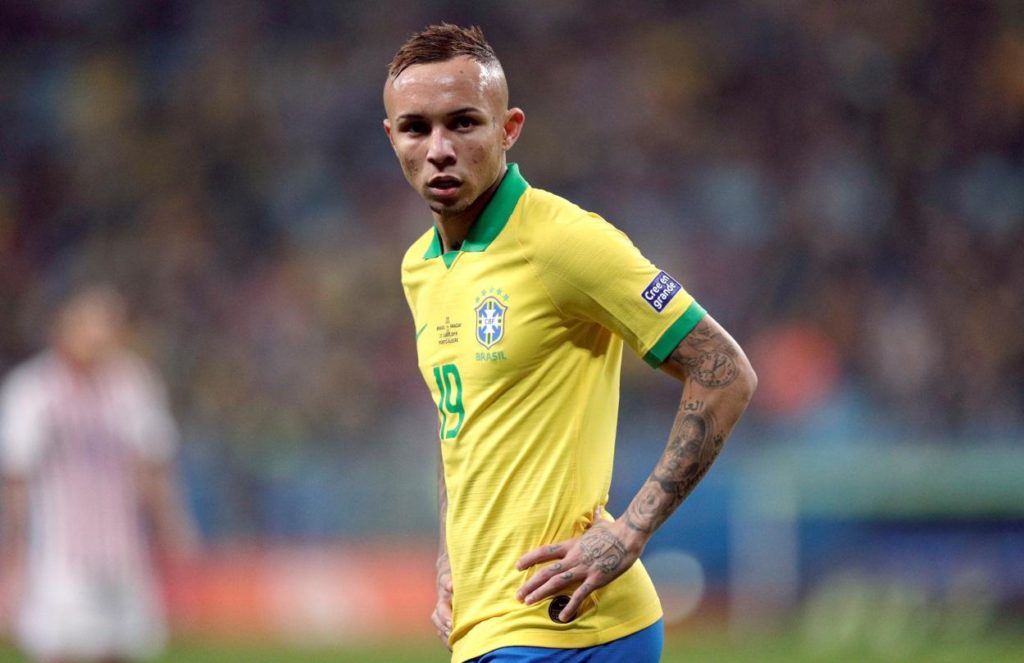 Everton Soares has confirmed that he spoke to Carlo Ancelotti in January and hinted at a future switch to Goodison by saying he can "learn a lot" from him.

Everton was linked to the Toffees throughout January, although no move came to fruition before the transfer deadline last Friday.

Brazilian newspaper Globo Esporte have subsequently published quotes from the 23-year-old star that suggest a potential summer move could be on the cards.

Everton, who has the nickname of Cebolinha in Brazil, revealed he held talks about moving to Goodison Park with none other than the club’s suave Italian boss and he sounds as though the discussion certainly did not put him off coming to Merseyside.

“He (Ancelotti) asked me how I was doing and if he was interested in playing at the club,” he said.

“It is a great club, a great opportunity. A great coach too, I will definitely learn a lot from him.

“I have a friendship with Richarlison, I was able to play together with him. He ended up knowing Everton’s interest and came to me. I am also happy for these contacts.”

Although the Daily Mail have reported that Everton made no official offers for the Brazil international, one of the stars of their Copa America success in 2019, it seems the groundwork has been put in place for a big summer swoop.

Globo Esporte state that Everton were not in a position to make a sufficient bid in January because of Financial Fair Play concerns – so the fact that the player did not move elsewhere in the last transfer window could be seen as a positive for Blues fans.

However, there could still be significant competition to land Everton when the transfer window opens in July with Borussia Dortmund, Arsenal and Manchester City also having been visited by the player’s agent Márcio Cruz recently.