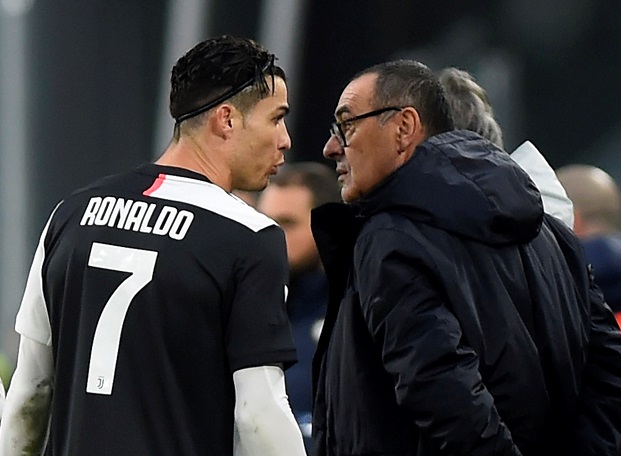 Cristiano Ronaldo was rested for Juventus’s clash with Brescia but the Old Lady still pulled off a comfortable 2-0 victory.

Despite turning 35 earlier this month, Ronaldo has shown no signs of slowing down and confessed that he wants to play at the top level until he is 40.

That will be music to the ears of Juve’s fans, with the Portugal international still key to their chances having bagged 20 Serie A goals from as many appearances this term.

The former Real Madrid ace did not add to that number on Sunday as coach Mauricio Sarri opted to rest him against a side sitting 19th in the standings and destined for relegation.

FT Juve-Brescia 2-0. Job done (and nothing more than that to be honest) in a absolutely dead and silent stadium. This is the biggest regret. My MVP is Dybala. pic.twitter.com/CsYSYWJSc5

The Turin outfit came away with all three points as Paulo Dybala scored in the first half and Juan Cuadrado added a second after the break to lift the champions above Inter to the top of the table.

That may be a short-lived elevation as the San Siro giants play Lazio in Rome later on Sunday and could return to the summit.

Eyebrows were raised when Sarri revealed Ronaldo would not be in action this weekend but the former Chelsea chief admitted it was purely to give him some time to rest, with a Champions League clash against Lyon on the horizon.

“He is very well physically. In terms of explosiveness, he is good. He takes great care of the details,” he said. “Ronaldo is a champion. We want to help him win the sixth Ballon d’Or. It would make us all happy.”