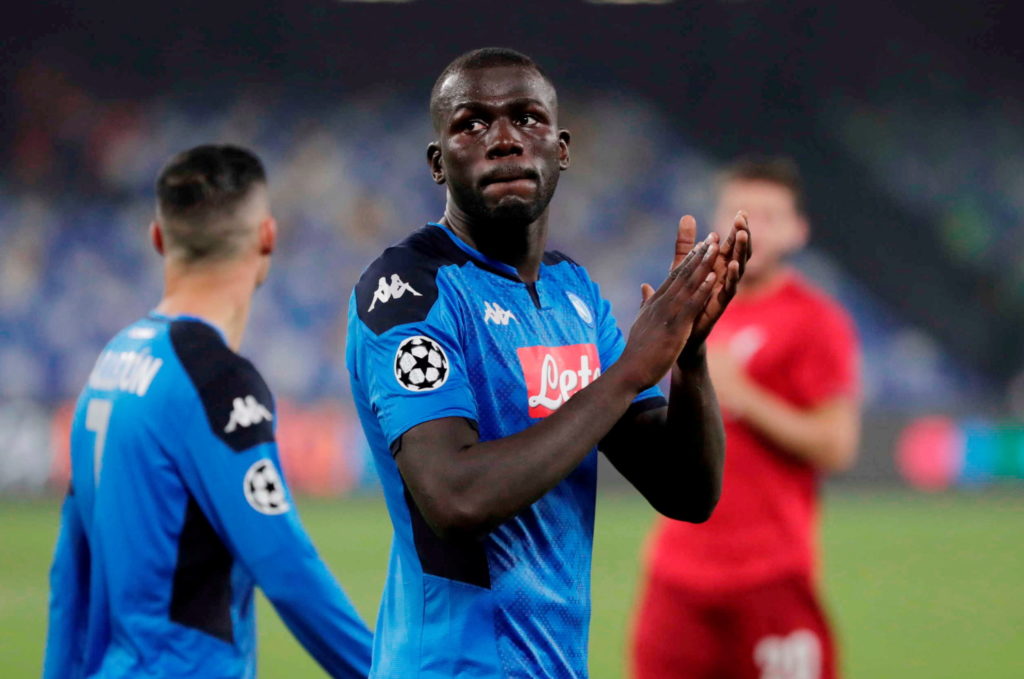 Napoli look set to be successful in their efforts to keep hold of Kalidou Koulibaly this month after they fought off interest in his services.

The 28-year-old is wanted by a host of clubs across Europe but Manchester United and Chelsea are said to have been keener than the rest, with United in particular said to be keeping a close eye on his contract situation in Italy.

It is not the first time United have moved for the Senegal international defender as they made a move to sign him last summer, but Napoli owner Aurelio De Laurentiis was unwilling to do business then and he appears to be of the same mindset now.

There has been talk of a bust-up in the camp between De Laurentiis and the Napoli players following the decision to sack Carlo Ancelotti although it does not appear to have changed the owner’s mind when it comes to selling any players.

Chelsea are also thought to have made an enquiry about adding him to their line-up although they were met with a similar response unless they came up with the right offer.

Napoli are said to want £100m for the defender who still has three-and-a-half years to run on his current contract after signing an extension back in 2018.

Currently sidelined with a groin injury, Koulibaly has been restricted to just 20 appearances this season.