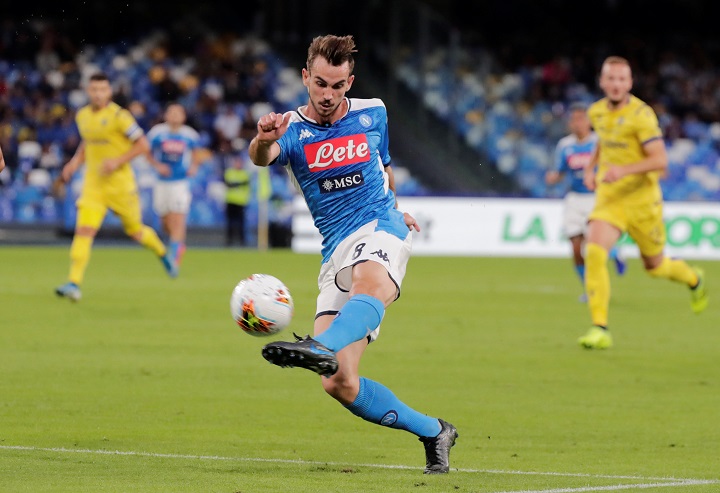 Fabian Ruiz's agent says "important" clubs have enquired about his availability and admits the Napoli midfielder has put contract talks on hold.

Ruiz has established himself as a key figure with Napoli since joining from Real Betis in the summer fo 2018.

It’s understood the Italian outfit paid his €30million release clause and handed over a five-year contract.

His performances in Naples have been watched closely by several top clubs across the continent, with Real Madrid and Barcelona known to be admirers, while Chelsea and Manchester City have also been credited with an interest.

Most passes into final third per 90 mins:

The midfielder became a full Spain international in 2019, making his debut in a Euro 2020 qualifier against the Faroe Islands, but Napoli have so far been able to match his ambition.

However, Napoli currently sit sixth in Serie A and look unlikely to secure Champions League football, leading to suggestions Ruiz will move on.

His agent, Alvaro Torres, has done little to play down speculation over Ruiz’s future after revealing they have shelved talks over a new deal.

“There have been many changes in the club this season, it’s been a difficult year for Napoli,” Torres told MARCA.

“A renewal? We have set aside negotiations for a while until the end of the season. There are very important clubs that have asked for information and we have already informed Napoli. In the short term, he is focused on Napoli and at the end we will see.”