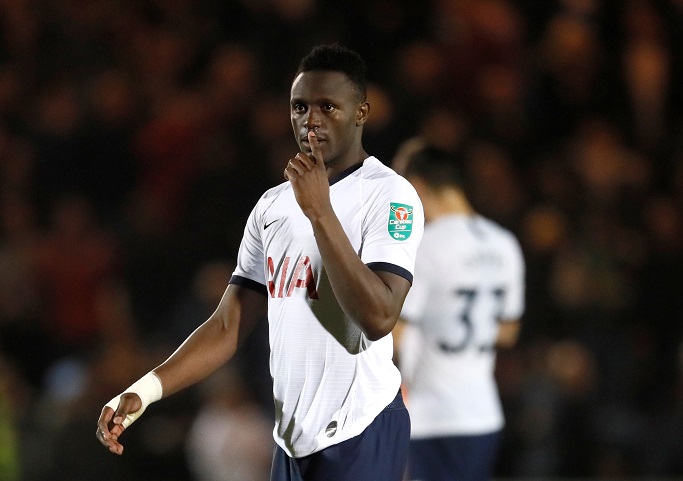 Celtic manager Neil Lennon says it is unlikely the Scottish giants will make a move for former midfielder Victor Wanyama.

Lennon was in charge of the Bhoys when Wanyama arrived at Parkhead in July 2011 from Beerschot and the midfielder became a key figure in the first team, making 61 Scottish Premiership appearances and scoring 10 goals.

Having caught the eye of several sides outside of Scotland, the 28-year-old moved to Premier League outfit Southampton in July 2013, where he spent three seasons, before he was snapped up Tottenham in June 2016.

The Kenya international was a regular fixture in the senior side during his first campaign, featuring in 36 top-flight matches, but he has slipped down the pecking order over recent years.

Wanyama has amassed just 23 minutes of PL football this term and Spurs boss Jose Mourinho seems eager to get the midfielder, who has a contract until the summer of 2021, off the wage bill.

A return to Celtic has been heavily reported and there were suggestions negotiations were taking place between all parties over a possible loan move until the end of the season.

However, Lennon appears to have shot down these rumours, admitting there is already a lot of competition for places in the Bhoys’ midfield as it is.

He was quoted as saying by the Scottish Sun: “Victor’s in my thoughts but could we afford him? I doubt it very much. The problem is where do you fit him in, with bringing Soro in, if we also have [Scott] Brown, [Nir] Bitton, [Callum] McGregor, [Olivier] Ntcham. I don’t think that’s going to be an option.”

Lennon’s men return to action on Wednesday when they make the trip to Kilmarnock in the league.