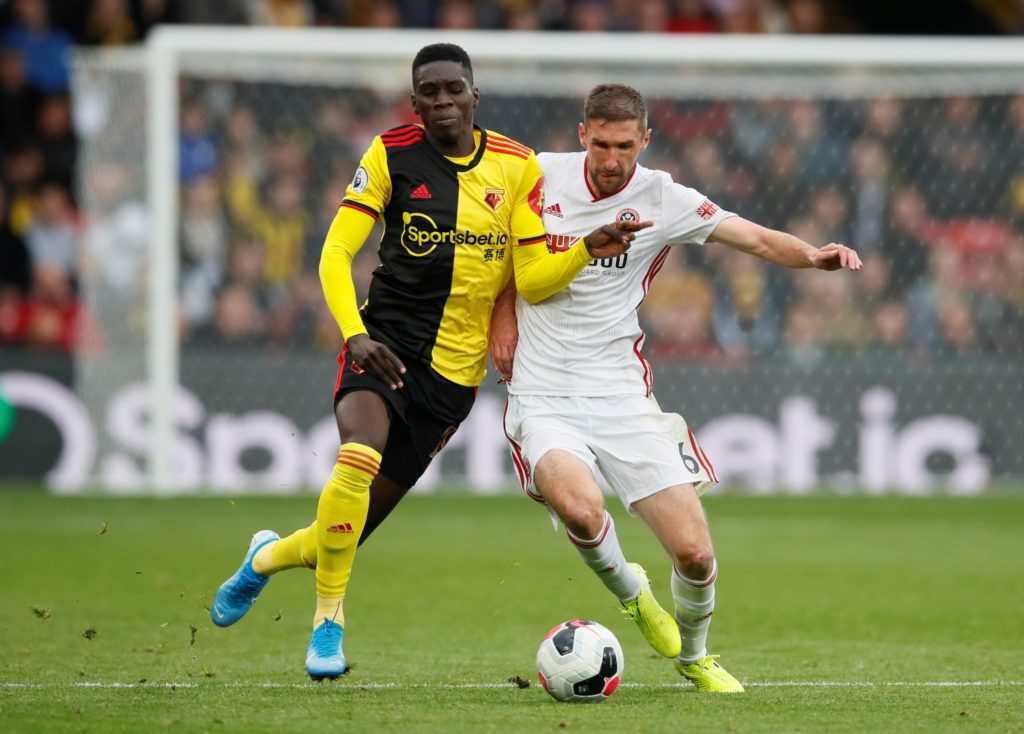 Watford boss Nigel Pearson hopes Ismaila Sarr is able to make a quick return from the injury he sustained against Spurs.

Sarr was named man-of-the-match in the Hornets’ 0-0 draw with Tottenham at Vicarage Road on Saturday, but had to be removed from the action late on after picking up a hamstring injury.

Pearson says the winger won’t be involved at Aston Villa on Tuesday night in the Premier League but he is hopeful the 21-year-old won’t be sidelined for a lengthy period.

“We are still waiting to see what the extent of the injury is,” said Pearson. “He is not going to be available for tomorrow’s game.”

He added: “After tomorrow’s game [Villa], it is an FA Cup weekend again, so hopefully we will have him available for the next Premier League game against Everton, but we don’t know at this moment in time.”

Ignacio Pussetto replaced Sarr for the final minutes against Spurs as the January arrival made his debut and made a vital contribution with a goal line clearance.

The 24-year-old Argentine could be in line for his first start at Villa Park in the absence of Sarr.

Watford overcame Villa 3-0 in the reverse fixture less than a month ago but Pearson isn’t expecting a repeat result on Tuesday, and warned his side that their hosts, who drew 1-1 at Brighton on Saturday, will be looking for revenge.

“They will want to reverse the last result and because we are both in a difficult situation they will be up for the fight. There is no doubt about that,” he said on facing Villa.

Watford sit one point clear of Villa, who are 18th in the Premier League, ahead of Tuesday’s game – meaning a defeat would see them drop into the bottom three.