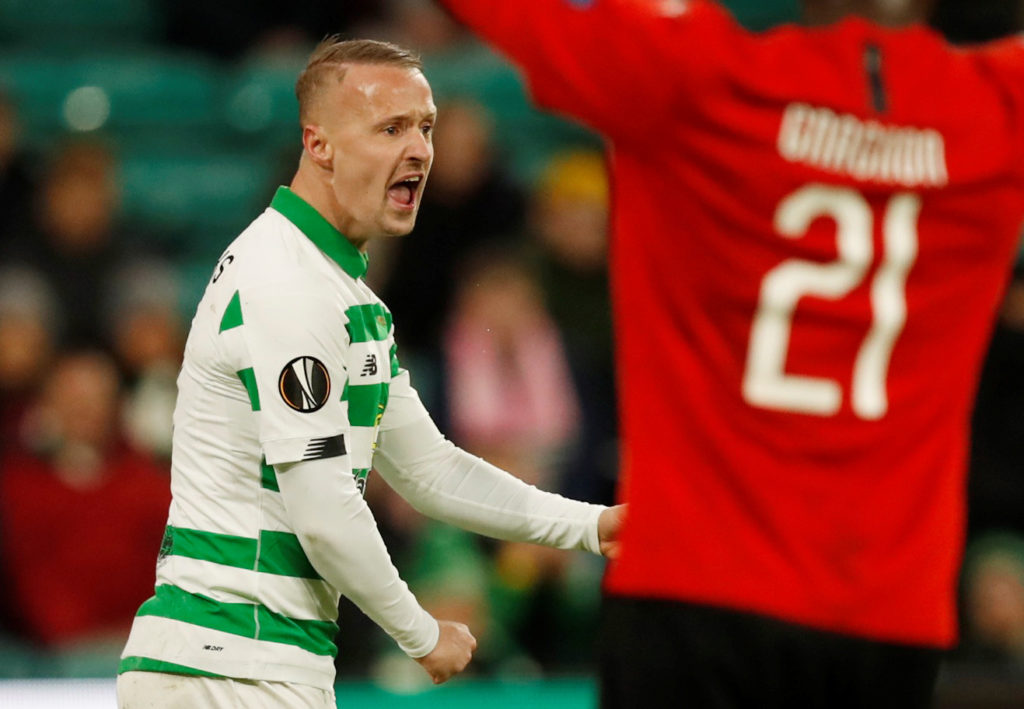 Griffiths recently said that he was born to play in Glasgow derbies at Ibrox but has been in and out of the side in recent weeks.

The Scotland striker was the main beneficiary of Neil Lennon’s recent experimentation with a back three due to a lack of fit and available full-backs but with the squad regaining numbers all the time, a four-man defence seems to be back in en vogue with the boss.

A start on Saturday for Griffiths produced his first hat-trick for four years as the Bhoys routed St Mirren 5-0, a performance that will undoubtedly have registered with Lennon.

Odsonne Edouard is the favourite to get the nod at Ibrox should the boss return to his favoured 4-2-3-1 but Cadete, who played for Celtic between February 1996 and September 1997 believes that with a 13-point lead over Rangers, the Bhoys should throw caution to the wind.

The Portuguese wants to see Lennon go out on the attack, urging him to start both Edouard and Griffiths at the weekend and try and make a statement against Steven Gerrard’s side.

“Celtic will attack and Leigh Griffiths gives them a better chance to win against Rangers,” he told the Scottish Sun. “I would like to see him play alongside Odsonne Edouard up front and I think that’s what Neil will do.

“Griffiths was the Celtic player who impressed me most against St Mirren. He is a natural goalscorer.”