Home SPL Celtic On This Day: Tempers fray as Celtic see off Barcelona

On This Day: Tempers fray as Celtic see off Barcelona 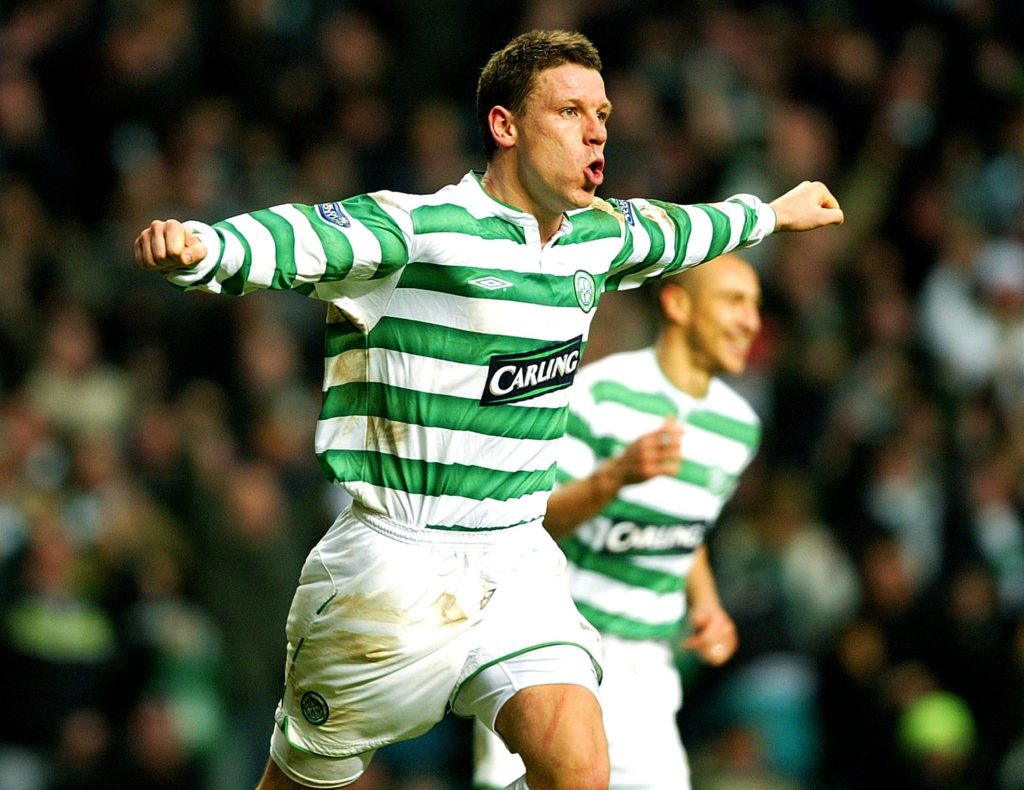 Celtic earned a 1-0 win over Barcelona in the UEFA Cup on a feisty night in Glasgow on this day in 2004.

Alan Thompson’s close-range strike handed Celtic a 1-0 win on home soil in the first leg of their fourth-round tie with Barca.

Celtic entered the competition in the third round, beating Czech outfit Teplice 3-1 on aggregate after finishing third in their Champions League group.

Barcelona, who had finished sixth in La Liga in 2002-03, eased through the first three rounds, beating Matador Puchov 9-1, Panionios 5-0 and Brondby 3-1.

However, Celtic, who had beaten Lyon and drawn with Bayern Munich in the Champions League, weren’t ready to let the Blaugrana leave town without a fight.

A raucous atmosphere led to tension on the field and referee Wolfgang Stark had his hands full in Glasgow.

Barcelona controlled proceedings in the opening 45 minutes, enjoying the majority of possession, and Thiago Motta was unlucky not to open the scoring.

Motta was found via a neat cut-back from Ronaldinho, but his shot was blocked behind by Bobo Balde, who went on to make several key interventions in the first half as Javier Saviola and Xavi Hernandez also threatened.

Thompson was denied from Celtic’s only opening in the first period when his low shot was impressively saved by Victor Valdes.

As the teams left the field for the break, a scuffle broke out and Robert Douglas and Motta were subsequently shown red cards for throwing punches.

The numerical advantage swung in Celtic’s favour just five minutes into the second half when Saviola was given his marching orders for kicking through the back of Thompson.

It proved to be a hugely decisive moment in the tie as Celtic pressed on and, just 10 minutes later, Thompson lashed home after meeting Henrik Larsson’s knock down.

Celtic monopolised possession for the remainder of the game and could have doubled their lead when Larsson saw an effort shave the outside of the post.

The return league ended goalless at the Nou Camp as Celtic earned a famous victory over the Spanish giants to move into the quarter-finals.

However, they failed to advance any further after falling to a 3-1 aggregate defeat to Villarreal.