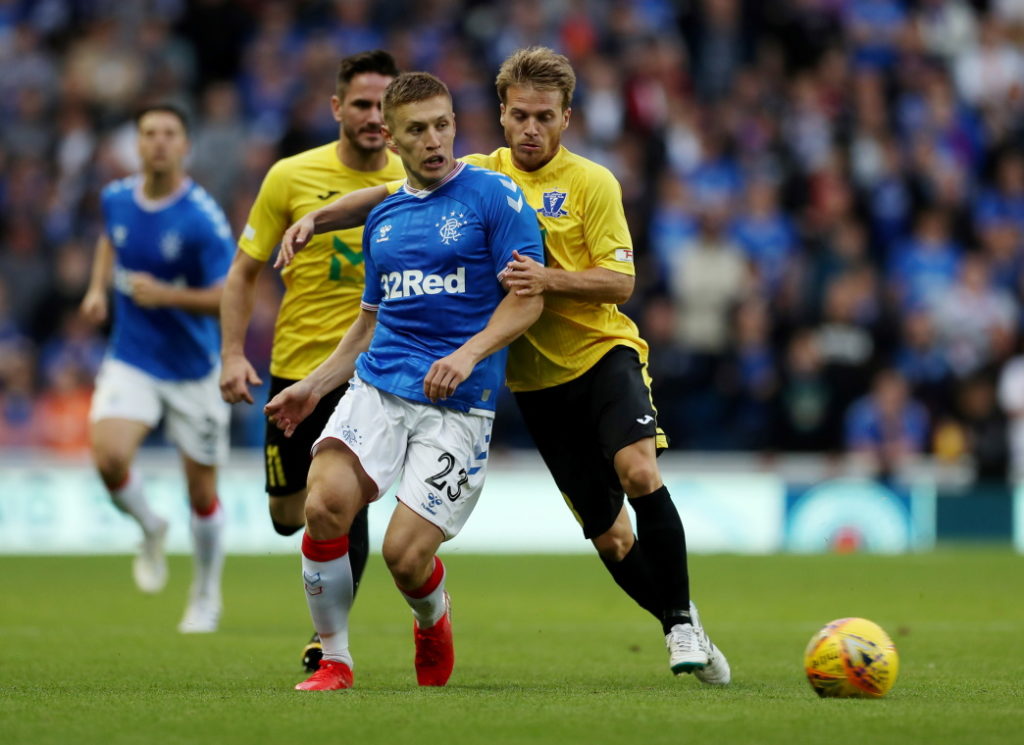 Rangers duo Greg Docherty and Jamie Murphy look set to be on the move before the transfer window closes at the end of the month.

Docherty is in hot demand, with English Championship outfit Charlton said to be keen to take him on loan for the remainder of the season, but League One side Sunderland are also interested.

Reports claim Docherty will opt to link up with the Black Cats for the rest of the campaign in the hope of playing regular football and proving to Steven Gerrard he could still have a future at Ibrox.

Docherty has had a tough time trying to force his way into the side after returning from a loan spell with Shrewsbury Town last season.

Ryan Jack, Steven Davis and Glen Kamara are all ahead of him in the pecking order and he has managed just five appearances so far this campaign.

Gerrard recently admitted that the squad is too big and needs trimming, with Docherty looking to be one of the fringe players to make way.

“There will definitely be people leaving the football club in January,” Gerrard said. “But the squad is too big and we want to try to trim that ahead of the second half of the season.”

Another player who could be on the way is winger Murphy, with reports claiming English League One side Burton Albion are ready to take him on loan for the rest of the campaign.

There are likely to be more exits and it looks like being a busy couple of weeks at Ibrox.