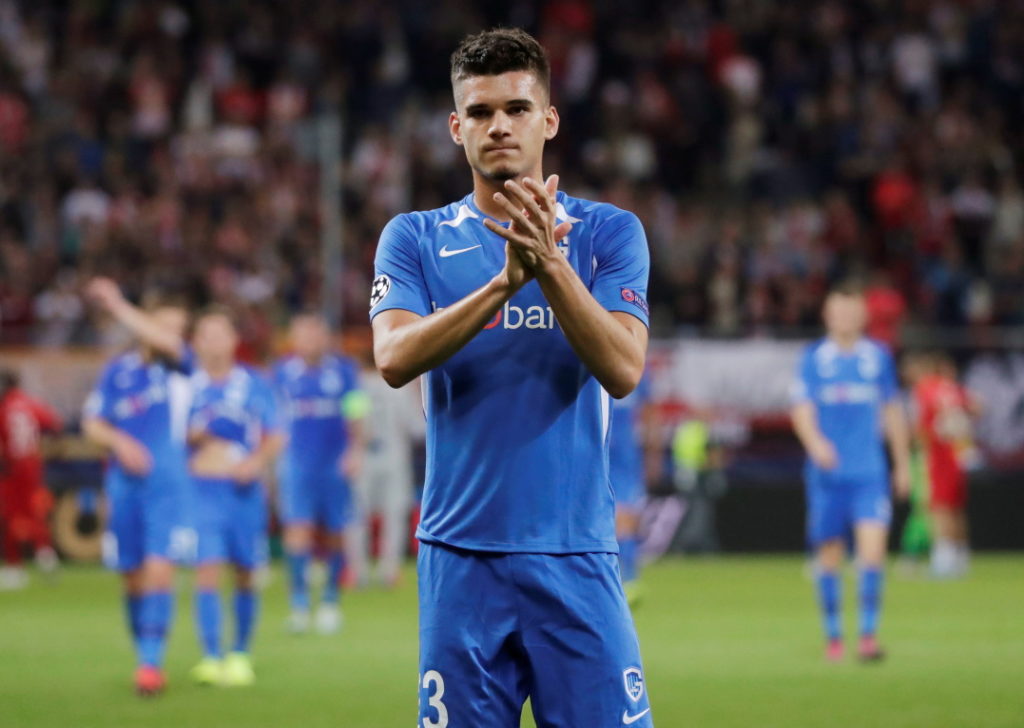 Rangers are closing in on the signing of Ianis Hagi, who is set to pen a six-month loan deal with the Light Blues.

The midfielder is the son of Romania great Gheorghe and is set to become Steven Gerrard’s first signing of the January transfer window.

Gerrard has been focusing on trimming his squad this month, and after offloading a number of fringe players, he is now ready to make a move for the highly-rated Genk midfielder.

Hagi – whose father starred for both Real Madrid and Barcelona as well as Romania at two World Cups – has himself won 10 caps for his country.

He also shone at the European Under-21 Championship last summer, scoring against both England and a Croatia side containing Ibrox defender Nikola Katic.

He signed for Belgian outfit Genk for £4million last summer but could now secure a permanent switch to Glasgow if he impresses Gerrard during the title race run-in.

The Light Blues boss confirmed after Wednesday’s win over Ross County he was confident of recruiting a new player, possibly two, before the transfer window closes on Friday.

Gerrard said there were two irons in the fire, and it looks as though Hagi was one of them. And there is still time to land a second.

The Gers boss is also set to meet with sporting director Ross Wilson to decide if they need to bring in extra striking cover after seeing Jermain Defoe suffer a calf injury after opening the scoring against Staggies.

The full extent of Defoe’s injury has yet to be revealed, but that may not stop the club from landing a new striker.