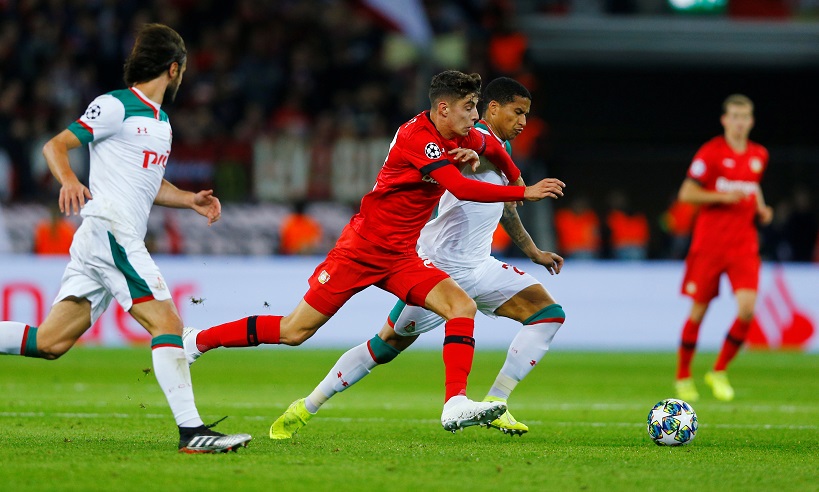 Bayer Leverkusen sporting director Rudi Voller says the club will reassess Kai Havertz's future in the summer with clubs reportedly queuing up to sign him.

The 20-year-old has been on the radar of a large swathe of Europe’s top clubs since bursting onto the scene at the BayArena in the 2016-17 season.

Leverkusen are understood to have fielded several offers for the Germany international last summer off the back of him netting 20 goals in 42 appearances.

The Bundesliga outfit managed to persuade Havertz to stay on for another season, convincing him Leverkusen was the best place for him to continue his development.

Havetz has struggled to have the same kind of impact in front of goal as he had last season for Leverkusen with new head coach Pete Bosz asking him to play a bit deeper in his midfield.

His return of six goals from 27 games hasn’t affected his stock too badly though with rumours resurfacing in January regarding his future, only for Leverkusen to again fight off interest.

However, it is looking increasingly likely that Die Werkself won’t be able to hang on to the attacking midfielder beyond the end of this season with reports in Germany claiming the club are expecting Liverpool to table an offer when the transfer window reopens.

Bayern Munich are thought to have placed Havertz towards the top of their summer transfer wishlist, while Barcelona and Manchester United have sent scouts to check on him previously.

Leverkusen will reportedly seek a transfer fee in excess of £70million were they to sell Havertz, with Voller indicating his future will be a topic for discussion once the season has reached its conclusion.

“I am glad that we still held [on to Kai Havertz] this year,” Voller said on German TV programme ‘100% Bundesliga’.

“We’ll see how it looks in summer. He still has a contract until 2022 – these are, of course, the classic facts.

“There was already interest in the summer, but we told him that it would be good for him to stay with us for another year. And that was the right decision.”