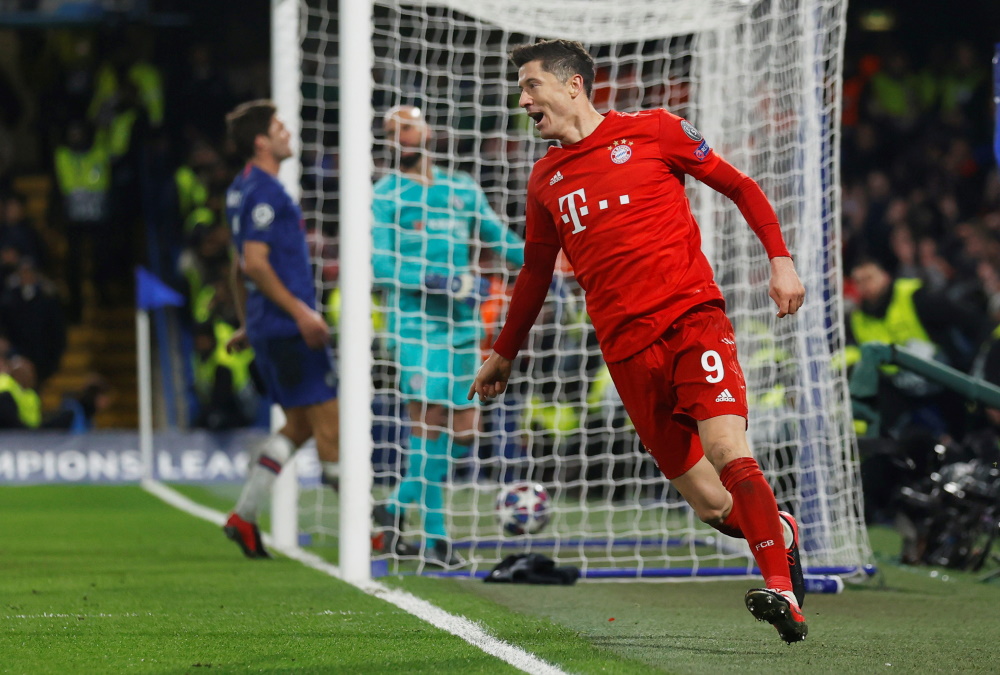 Bayern Munich will have to do without striker Robert Lewandowski for the next four weeks after he suffered a knee injury.

The Poland international, who has scored 39 goals in just 33 games for Bayern this season, suffered a fractured tibia near his left knee joint during his side’s 3-0 victory over Chelsea in the last 16 of the Champions League on Wednesday.

After having the injury assessed, Lewandowski is now set for around a month out on the sidelines, with reports suggesting he could miss at least six matches for the Bavarian giants.

It’s a busy time of the season for Bayern, who play four league matches, a German Cup quarter-final tie against Schalke and the second leg with Chelsea on March 18 in the next four weeks.

ℹ️ @lewy_official has been ruled out for four weeks after suffering a knee injury against @ChelseaFC yesterday. #ComeBackStronger, Lewy! 🍀 pic.twitter.com/rzRSdUHZKf

Fortunately for the Bundesliga frontrunners, they have secured a healthy lead over Frank Lampard’s Chelsea in the Champions League, with Bayern having one foot in the quarter-finals after their efforts in west London.

Hans-Dieter Flick, who has impressed since taking on the head coach role at the Allianz Arena, and his team are next in action on Saturday when they make the trip to Hoffenheim looking to extend their one-point advantage at the top of the Bundesliga table.

Second-placed RB Leipzig are not in action until Sunday when they host Bayer Leverkusen at the Red Bull Arena, meaning Bayern could have extended their lead at the top to four points before Die Roten Bullen kick-off.