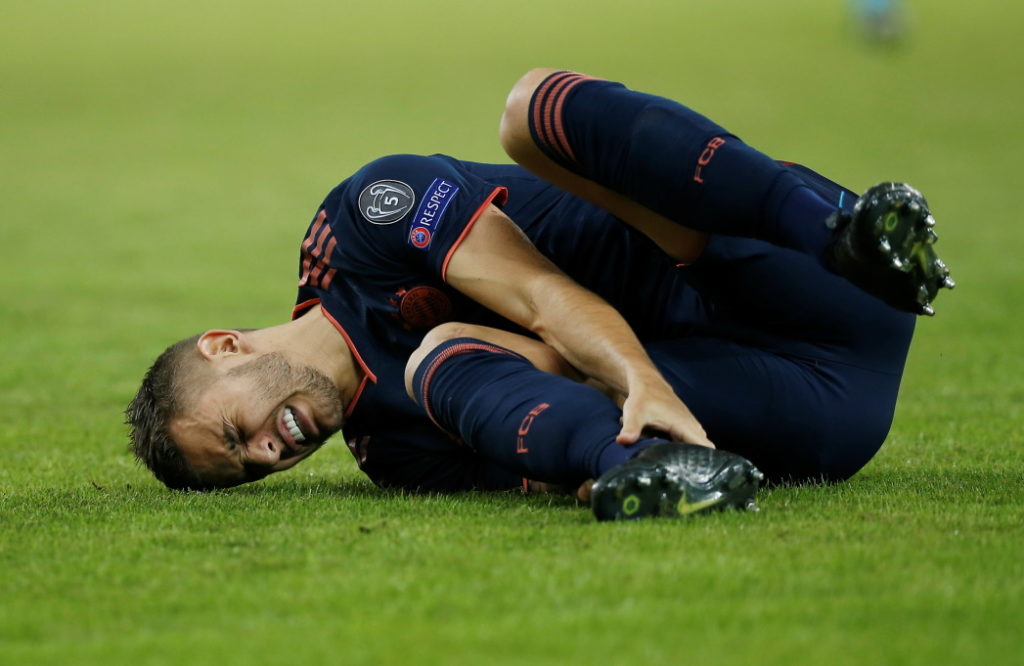 Bayern Munich will be without top scorer Robert Lewandowski and defender Lucas Hernandez for their DFB Pokal quarter-final at Schalke on Tuesday.

French central defender Hernendez, a World Cup winner in 2018, will not be available because of a slight tendon irritation, Bayern revealed on Monday.

Hernandez came on as a 63rd minute substitute during the Bundesliga champions’ 6-0 win at Hoffenheim on Saturday in what has been a disappointing campaign for the club-record signing.

Since his 80m euros arrival from Atletico Madrid, Hernandez has featured in only 13 of a possible 35 competitive games for Bayern due to injuries.

Lewandowski, who has accounted for four of the eight goals Bayern have already scored against Schalke this season, has been ruled out for around a month with a leg injury.

ℹ️ @LucasHernandez has not travelled with the team for #S04FCB as he is dealing with a slight tendon problem.#MiaSanMia

The Polish striker will therefore be missing from the return to trio to Gelsenkirchen, where he plundered a matchday two hat-trick against the Royal Blues.

Schalke will welcome the break, having only won twice so far in 2020.

Winless in their last four since beating Hertha Berlin 3-2 in extra-time in the previous round, Schalke also haven’t beaten Bayern in their last 19 attempts.

The hosts could be without ex-Galatasaray centre-back Ozan Kabak for the visit of Hansi Flick’s men.

On-loan Barcelona attacker Phillipe Coutinho looks set to keep his place after repaying the faith shown in him by interim coach Flick with a brace against Hoffenheim.

Teenage forward Joshua Zirkzee is likely to continue as Lewandowski’s deputy after starring at the weekend too.

Flick tipped his hand over selection when he withdrew Alphonso Davies and Thomas Muller against Hoffenheim and they look like certain starters on Tuesday night.

Kingsley Coman won’t feature, but the Frenchman is scheduled to resume light training later in the week.