Bundesliga suspended immediately due to coronavirus 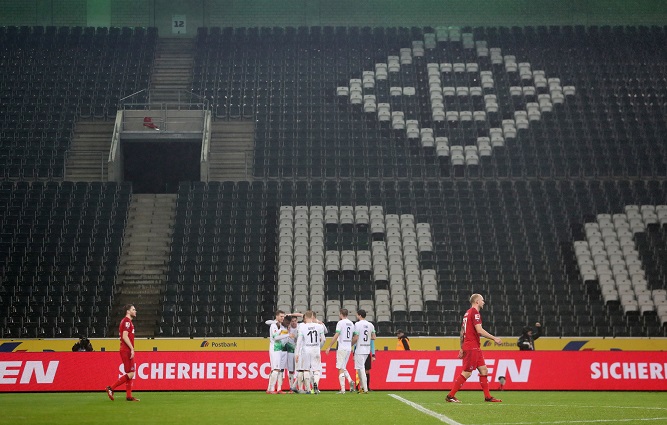 This weekend's Bundesliga matches, scheduled to take place behind closed doors, have been suspended, while the season has been put on hold until April.

Following numerous developments across the world of football in the last week, the German top flight was set to be the only major league to continue playing over the weekend.

They were due to be held behind closed doors in a similar fashion to some Europa League games this week, including Manchester United’s 5-0 demolition of Austrian side LASK Linz.

However, the German Football League (DFL) have decided to suspend all Bundesliga and 2.Bundesliga matches with immediate effect.

The association has pencilled in a return date of April 2, subject to the spread of COVID-19 slowing down.

”There are suspicions of a coronavirus infection in the vicinity of several clubs and their teams, and that further infections cannot be ruled out,” read a statement from the DFL.

Following current developments in connection with the Coronavirus: The DFL has suspended the 26th Matchday of the Bundesliga and Bundesliga 2. pic.twitter.com/h0W2VtXHG1

“The goal is still to end the season by the summer – from a sporting point of view, but especially because an early end of the season could have existential consequences for some clubs.”

Going into the unscheduled break, Bayern Munich are four points clear of Borussia Dortmund in second, with RB Leipzig a point further behind in third.

In the second tier, Hannover’s game against Dynamo Dresden was already cancelled after two Hannover players tested positive for the virus, which is weeping the world of sport.

Timo Hubers and Jannes Horn both tested positive for the virus, meaning the rest of the squad were forced to go into self-isolation.

The Premier League, Serie A, La Liga, and Ligue 1 are all suspending their fixtures to try and combat the virus, which has killed over 5,000 people worldwide.