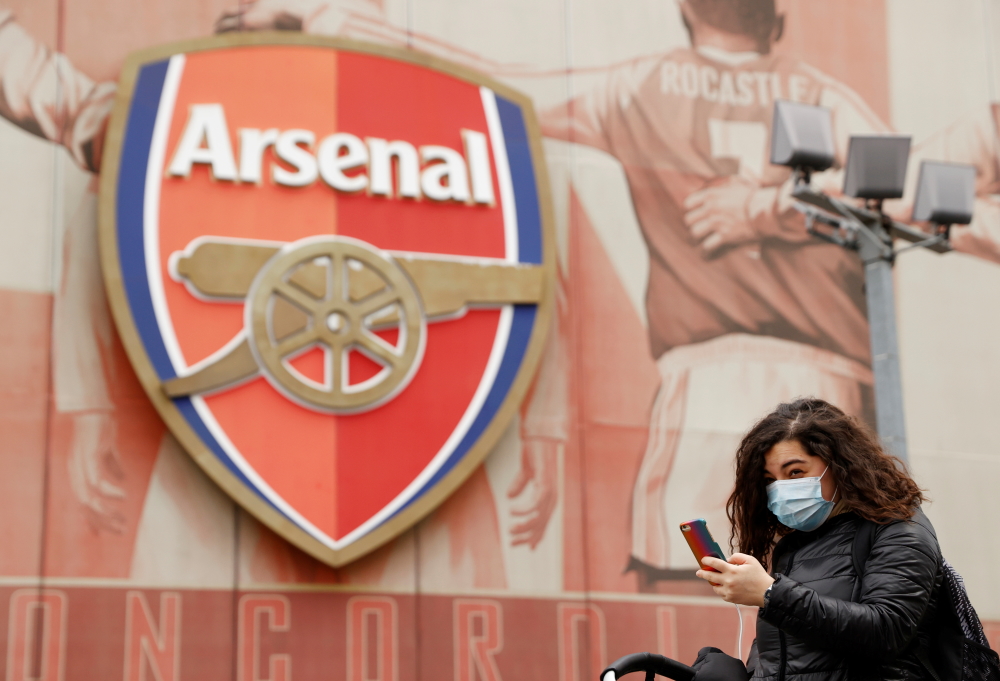 The Premier League and EFL have announced the 2019/20 season has been suspended until April 3 at the earliest due to the coronavirus outbreak.

Having stated on Thursday afternoon that the latest round of matches would take place, Premier League and EFL officials convened an emergency meeting on Friday morning after Arsenal manager Mikel Arteta and Chelsea forward Callum Hudson-Odoi were confirmed to have contracted the virus.

Scotland were quick to follow the decision of the English governing body by confirming that they were suspending all professional and grassroots football for the foreseeable future.

The first domino to fall was Arsenal manager Mikel Arteta, the Gunners confirming on Thursday night that he had tested positive for Coronavirus.

Arsenal confirmed that they have closed their training ground and that all of their squad, as well as the coaching staff, have been told to self-isolate while their game at Brighton on Saturday has been postponed.

The news of Arteta contracting the virus was quickly followed on Friday morning by Chelsea confirming Callum Hudson-Odoi had also return a positive test for the coronavirus.

The rest of the Blues squad and coaching staff have now entered a period of self-isolation and their game at Aston Villa looks set to be postponed.

Everton were the next club to reveal their entire squad had entered isolation after one of their players had shown signs of the coronavirus.

Bournemouth have also said five personnel, including goalkeeper Artur Boruc, have entered self-isolation but as yet none have returned a positive test.

Meanwhile, France international Benjamin Mendy trained with his Manchester City team-mates on Thursday, but then took appropriate measures after a member of his family was admitted to hospital displaying symptoms.

Leicester have not specified which players had been quarantined, but said that all three had “shown symptoms and signs” of the Coronavirus condition and insisted that the club had “followed procedures”.

UK Prime Minister, Boris Johnson, addressed the nation on Thursday afternoon with regards to the government’s stance, which has moved to the “delay” phase of its plan to tackle the pandemic.

Here are the other stories on how the Coronavirus is impacting football around the world…..

England’s international friendly matches against Denmark and Italy at the end of March have both been postponed.

UEFA have announced all of next week’s Champions League and Europa League games have been postponed with an announcement to be made on when the competitions with recommence to be made in due course.

The French governing body have said Ligue 1 and Ligue 2 have been postponed with immidiate effect.

La Liga officials have announced that Spanish football fixtures will be suspended for “at least the next two round of fixtures”. The decision came after Real Madrid players went into quarantine, following a positive test for a member of the club’s basketball team.

Real’s Champions League round of 16, second-leg clash at Manchester City – due to take place on Tuesday March 17 – has now been also been postponed, as is the clash between Juventus and Lyon.

French sports paper L’Equipe are claiming UEFA will make an announcement next week about the prospect of cancelling Euro 2020 due to Coronavirus. There are claims that the European governing body could switch the tournament to next summer.

Scotland’s First Minister Nicola Sturgeon has announced that from next week, mass gatherings of 500 or over will be cancelled. Rangers’ Europa League tie with Bayer Leverkusen will go ahead as planned tonight, while fans will also be allowed to take their places at Ibrox for Sunday’s Old Firm derby.

The Portuguese Primera Liga is the latest European league to cancel fixtures. Earlier this week, officials announced all games would be played behind closed-doors, but Benfica have now confirmed the cancellation, saying matches are “suspended indefinitely due to the coronavirus pandemic”.

In a statement, Sampdoria revealed: “Gabbiadini has a slight fever, but is otherwise fine.”

Both Bosnia-Herzegovina and Slovakia have requested their Euro 2020 play-off semi-finals, against Northern Ireland and Republic of Ireland respectively, to be postponed because of Coronavirus. The two games are both scheduled to take place on March 26.

The Welsh Football Association have revealed that Wales’ international friendly with the USA – which was set to take place on March 30 – has been cancelled.

Major League Soccer officials have announced the suspension of their 2020 season for 30 days, amid further spreading of the Coronavirus.

The MLS commissioner Don Garber say the decision has been based on the advice and guidance of the Centers for Disease Control and Prevention and other public health authorities.

Dutch football authorities have cancelled this weekend’s Eredivisie matches and say there will not be any domestic games played in the Netherlands until at least April 1.

Leagues in Romania and Denmark have been postponed for the next two weeks, following on from the decision earlier this week to cancel all Serie A games in Italy until at least early April.

Football in the Czech Republic has been also suspended, until “further decisions from state bodies”.