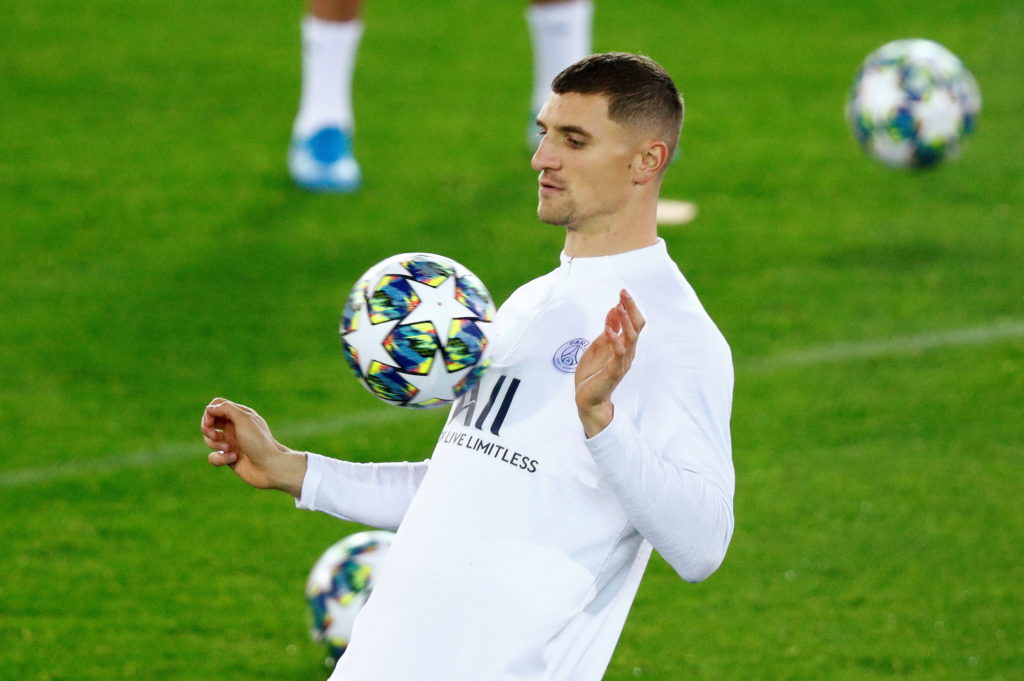 Paris Saint-Germain right-back Thomas Meunier will join Borussia Dortmund in the summer, according to widespread reports.

The 28-year-old, currently in his fourth season at the Parc des Princes, will be out of contract in the summer and looks set to move to Westfalenstadion.

Capped 40 times by Belgium, the talented defender has made 27 appearances in all competitions for the Ligue 1 giants this term, scoring his only goal in the Champions League.

The former Club Brugge ace has been heavily linked with a move to BVB in recent weeks and ex-PSG player Jerome Rothen claimed on Sunday he had already signed a pre-contract agreement with the Bundesliga outfit.

It is open to debate whether that is actually true, but Bild are now suggesting there are only the formalities to conclude later in the year before he becomes a Dortmund player.

According to reports in France, Thomas Meunier has agreed to join Borussia Dortmund when his contract expires in July pic.twitter.com/01sBGVjJnH

Meunier has enjoyed 84 Ligue 1 outings for the Parisians, but with just 14 top-flight starts in 2019-20, he is seeking a fresh start elsewhere and will leave on a free transfer.

Premier League giants Manchester United have been linked with the man who began his career with Virton, but it appears Dortmund have won the race for his signature.

When the deal will be concluded is anyone’s guess due to the current situation regarding coronavirus, with football throughout Europe at a standstill.

If the domestic leagues are concluded, it will likely be in June, meaning the transfer window will not open until later in the summer.