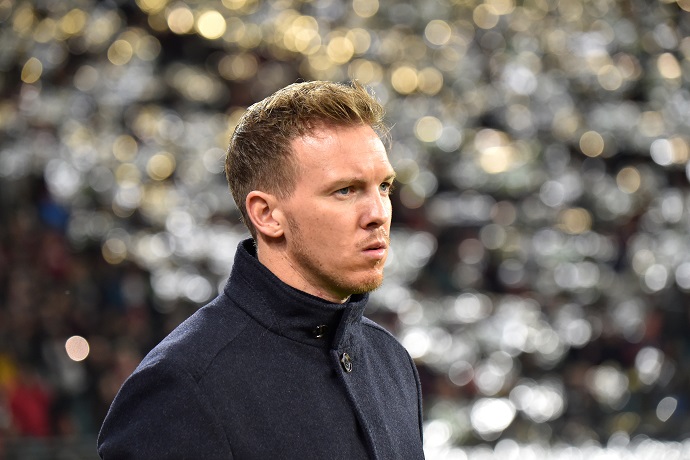 Julian Nagelsmann has questioned the desire of his RB Leipzig side to win the Bundesliga this season following their weekend defeat at Eintracht Frankfurt.

Leipzig saw their lead at the top of the standings cut to just one point after they produced a surprisingly lacklustre display while losing 2-0 to mid-table Frankfurt on Saturday.

That was just Leipzig’s third league defeat of the season, but with just four points separating the top-four in the division and matches to come against title rivals Bayern Munich and Borussia Monchengladbach, Nagelsmann has found himself questioning his side’s appetite for success.

“We need to decide whether or not we push towards the title, or whether we stay here, have something to eat and drink, and fall back into the pack,” Nagelsmann told reporters.

The Red Bulls are aiming to win their first Bundesliga title this season, while they also have a Champions League last 16 tie with Tottenham to look forward to over the coming weeks.

However, Nagelsmann feels his side must now start putting in the hard yards during training if they are to compete on all fronts, something he felt was missing in the build up to their defeat at Frankfurt.

Win together, lose together.

“We do not have the quality of Bayern or Dortmund. That means we have to use every minute of training better than them,” the 32-year-old added.

“Everyone makes the decision for themselves whether they want to be a winner and rip in. You don’t have to tell me the decision, I feel it, I see it on the pitch.

“And on Wednesday (during training) the decision was not that we were burning to become German champions.”