Caligiuri keen to move on after Hertha point 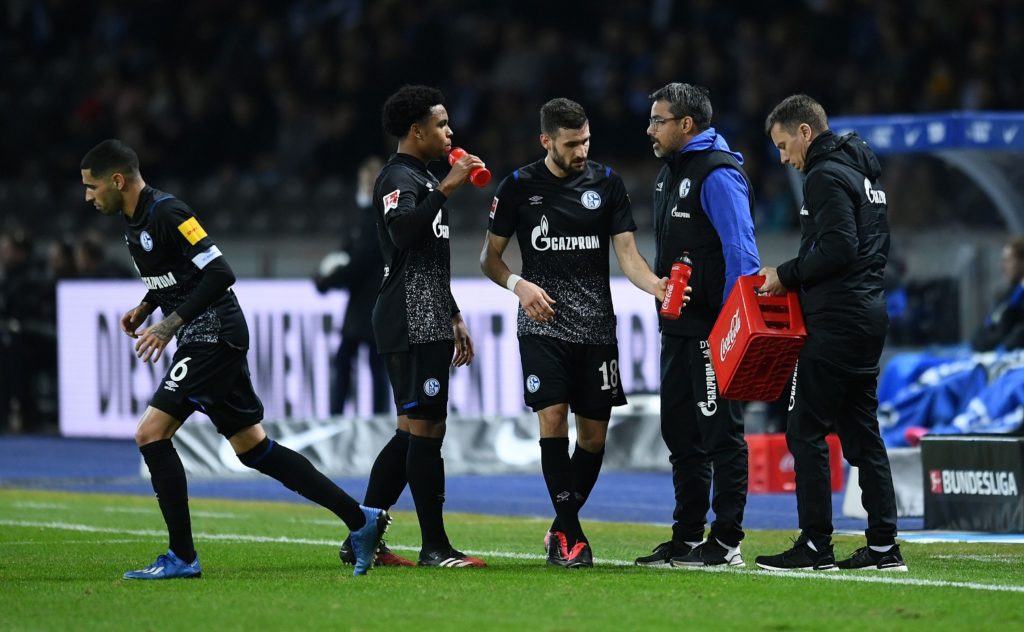 Schalke's Daniel Caligiuri admitted Friday's 0-0 draw at Hertha Berlin was a "scrappy affair" but is confident his side can move on.

Die Konigsblauen headed to the Olympiastadion aiming to crack the top four and further boost their hopes of a Champions League spot after kicking off 2020 with last weekend’s victory over Borussia Monchengladbach.

Friday’s clash against bottom half Hertha always promised to be a tight affair and so it proved, with neither side managing to break the deadlock.

A point is better than nothing for David Wagner’s side though, and the pair renew their rivalry on Tuesday when Die Alte Dame visits Gelsenkirchen in the DFB-Pokal.

Schalke should be confident heading into the match having won 3-0 when the duo met back in August, benefitting from own goals by Niklas Stark and Karim Rekik, before Jonjoe Kenny completed the scoring.

Caligiuri was playing his 100th game in the German capital and will be hoping to maintain his position for the midweek cup outing.

The 32-year-old admitted there were positives to take from Friday’s game while simultaneously conceding it was far from a classic.

“It was the sort of scrappy game we were expecting,” he is quoted as saying by the club website. “We knew that Hertha would keep compact and try and hit us on the counter.

“We kept a clean sheet, but of course we would have preferred to win. We will take the point and hope that we can do better in the DFB-Pokal on Tuesday.”