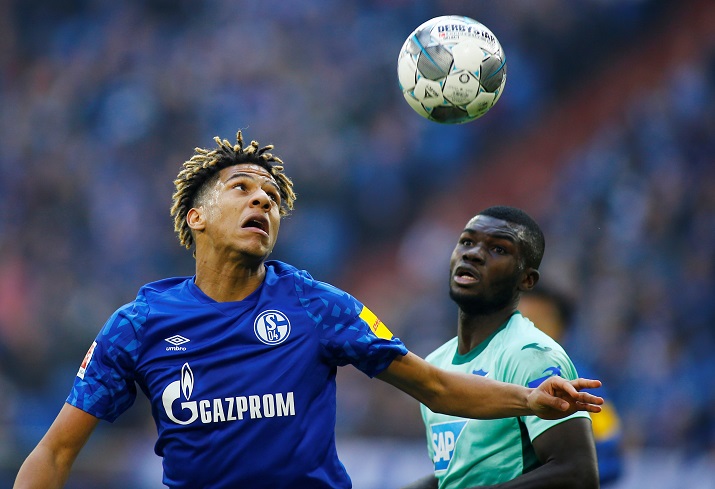 On-loan defender Jean-Clair Todibo says he is enjoying playing in the Bundesliga and is content with his own form.

The 20-year-old Frenchman is very highly thought of in European football and joined Barcelona in July 2019 after an agreement between them and his former club Toulouse.

He made just five appearances across all competitions for the La Liga giants before joining Schalke on loan for the rest of the season in January.

That deal included an option to make the move permanent for 25million euros with another 5million in add-ons.

The France Under-20 international has made seven appearances for David Wagner’s side who have embarked on a terrible run of form.

Die Königsblauen have not won since January 17 and have tumbled down the Bundesliga table.

That form has seen them drop from fourth in the league with a chance of Champions League qualification to sixth as they look to scrape a spot in next season’s Europa League.

Due to the worldwide coronavirus outbreak, the season has been suspended with the aim of getting back underway on April 2.

Speaking about his time in Germany so far, Todibo admits he is enjoying his time with the club.

“I’ve settled in well with the team, I feel great. All we’re missing at the moment are victories – we’re in a somewhat difficult period at present, but it’ll come good in time,” he told the Bundesliga’s official website.

“I think I’ve been improving bit by bit in the league. There was a moment when I wasn’t used to playing week-in week-out. But I’ve got back into it bit-by-bit, and now it’s going well. But if we don’t win, I’m never happy.”

Schalke’s next scheduled game is against Fortuna Dusseldorf on April 5, though at this stage it remains unlikely German Football League (DFL) will have resumed the season.