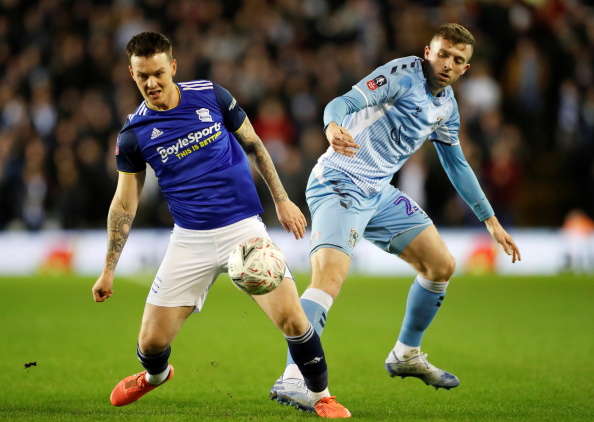 Birmingham City coach Pep Clotet has revealed midfielder Josh McEachran will be out for up to nine months due to a serious knee injury.

The 26-year-old started Tuesday’s FA Cup fourth-round replay against Coventry City but was forced off after just 18 minutes.

McEachran left the field on a stretcher and scans have now revealed he has suffered an ACL injury and will require surgery in the coming days.

Clotet told the Birmingham City official website: “He is facing a tough moment.

“He knows he has all our support of everyone at the club. He is facing an ACL injury that will take him months away, and he needs surgery.

“It is very similar to the one suffered by Maikel Kieftenbeld – six-to-nine months.

“I spoke to him this morning, he has never had an injury before, I saw him very focused, very mature about this situation. He knows the ACL these days is not a career finisher like it was, it is a bump on the road.”

The former Leeds United and Swansea City assistant coach has also confirmed Jacques Maghoma will face a spell on the sidelines.

He also needed to come off during the game with the Sky Blues and Clotet confirmed he has injured the quad muscle in a thigh.

Maghoma does not require surgery but is looking at six months in the treatment room.

However, it is not all bad news for Blues fans as Dan Crowley, Kerim Mrabti and Maikel Kieftenbeld are all on the comeback trail and could return to the first-team squad in the coming weeks.

Birmingham are unbeaten in their last four matches, form that has allowed them to move eight points away from the relegation zone.