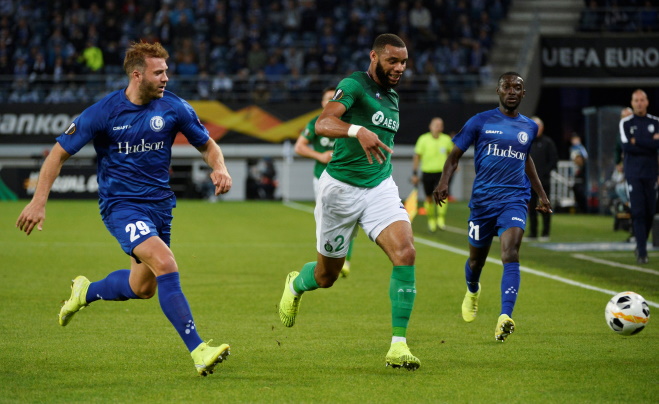 Middlesbrough have signed St Etienne defender Harold Moukoudi on loan until the end of the season.

Jonathan Woodgate’s side beat off reported competition from other Championship clubs to sign the defender, who has won one cap for his country.

Three of those appearances came in the Europa League where Les Verts failed to advance beyond the group stage.

However, he has been sent out to the Championship in order to gain more first-team football.

Woodgate, speaking about his fourth signing of the January window, was in no doubt about the quality of Moukoudi.

“We’re delighted to bring Harold to the club. He’s a player we’ve been keeping an eye on and it’s a real coup that we’ve been able to bring him here,” he told the club’s official website.

“He’s a unit of a defender, a real big, strong lad, and he’s a quality player. He’s still young, but he has plenty of experience, having played in the top division in France, in the Europa League, and also for Cameroon.”

Moukoudi started his career with Le Havre and went on to make 59 appearances in three years, netting six goals.

His form earned a move to Saint Etienne in the summer but he has struggled to break into the side and keep his place.

It has been a busy transfer deadline day for Middlesbrough with two of their youngsters leaving the club for League Two promotion chasers on loan deals.

Forward Stephen Walker will link up with Crewe for the rest of the season, while midfielder Ben Liddle has signed for Forest Green on a similar arrangement.