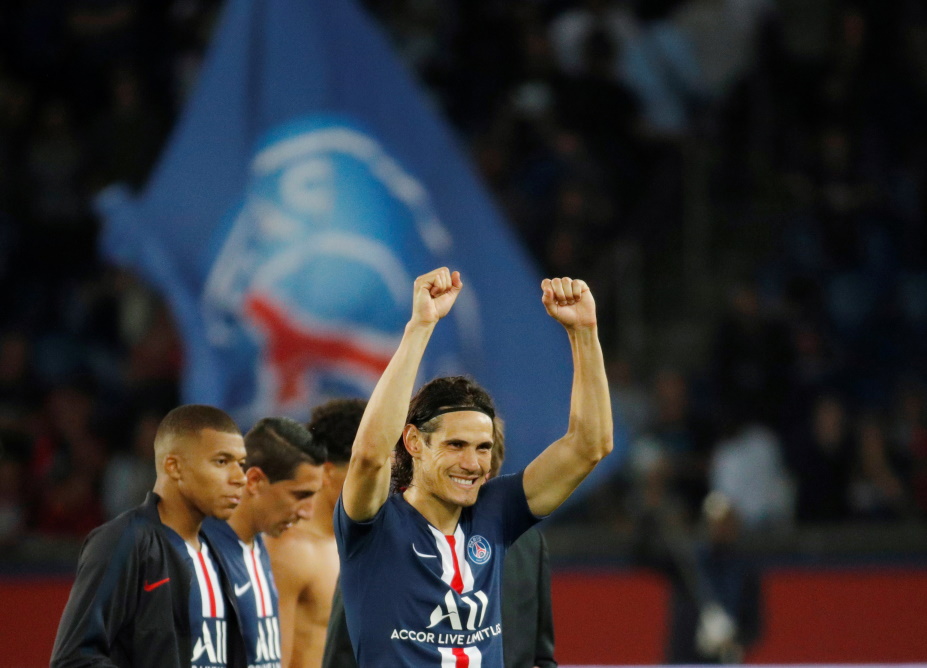 The future of the Uruguay hitman has been one of the stories of this transfer window with Atletico Madrid having reportedly made three unsuccessful bids for his services.

Atletico are thought to have already agreed terms on a three-year deal with Cavani but weren’t willing to wait until the summer to see him make the switch to Spain due to fitness concerns over Diego Costa.

However, the La Liga outfit will have to wait to get their man after seeing their final offer of £12.6million rebuffed.

Chelsea, Manchester United and new MLS side Inter Miami have also been strongly linked with a move for the 32-year-old, who has struggled to get a run in the PSG first-team this season due to injury issues.

With his contract expiring at the end of the season, the reigning French champions were expected to cash in on the striker, only to turn their noses up at every offer.

Leonardo has now denied that the Parisians ever had any intention of selling their record goalscorer, claiming he remains a part of their plans.

“We never thought of selling him. At one point we opened the negotiation, but there was no agreement. Six and a half years in a club, it will not be erased in two weeks of discussion,” said the Brazilian.

Meanwhile, Tuchel has urged Cavani to work hard on getting back to his best form having only managed three Ligue 1 starts all season so far.

“He must regain the confidence and the rhythm. Edi is here, he’s a great player. We won’t change this group and that’s good,” said Tuchel.

Cavani’s chance of more first-team action have been diminished by the excellent form of Mauro Icardi, who has scored 17 goals in 24 appearances since joining from Inter Milan in August.

With Kylian Mbappe and Neymar flanking Icardi up front, Cavani will need to be patient and wait for his chance if he is to get back in the team.