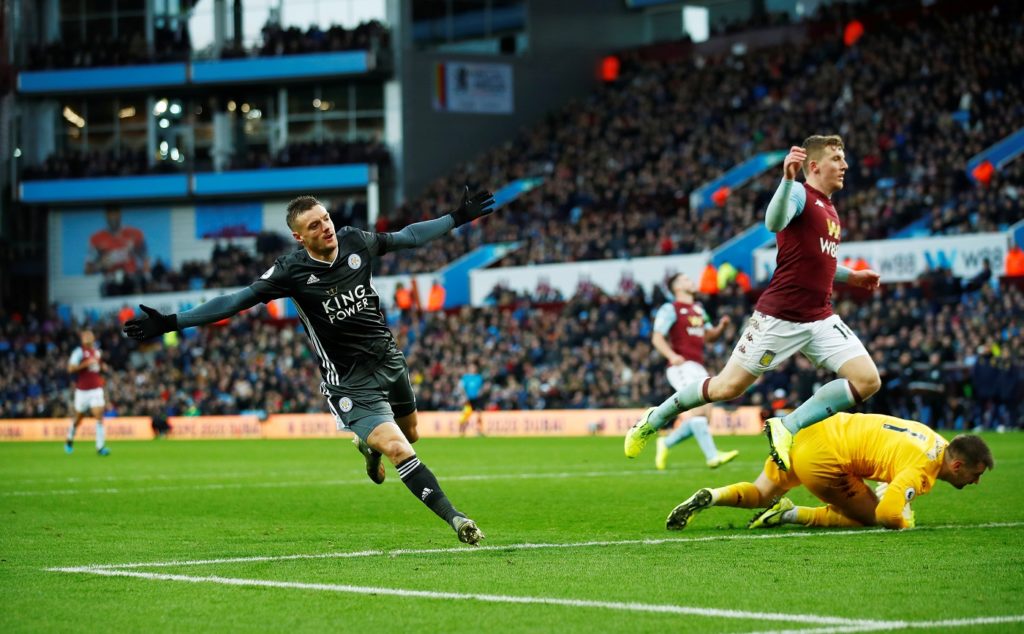 Brendan Rodgers has confirmed that Jamie Vardy will be available for the second-leg of Leicester's EFL Cup semi-final clash with Aston Villa on Tuesday.

The Premier League’s leading marksman picked up a glute injury during Leicester’s victory over West Ham last week and he subsequently missed Saturday’s FA Cup fourth round triumph at Brentford.

However, Rodgers has now confirmed Vardy, who turned 33 earlier this month, is in his matchday squad for the clash at Villa Park, with the tie remaining firmly in the balance following the 1-1 draw at the King Power Stadium on January 8.

“He’s fine,” Rodgers told reporters at his pre-match press conference. “He’s in the squad. He’s worked very hard since his injury last midweek. He’s in the squad and then we’ll give it another full day.”

Rodgers is confident the former England international will be able to play some part in Tuesday’s match and he would much rather have an 80 per cent fit Vardy than not have the option of playing him at all.

“We’ll see how he is tomorrow (Tuesday), depending on whether he starts or comes off the bench. It’s one where, if you’re asking me if he’s 100 per cent, he may be 80 per cent,” Rodgers added.

“I’d rather have an 80 per cent Jamie Vardy. He’s come through the last two days on the field well. He has a part to play.”

Leicester are bidding to reach the final of the EFL Cup for the first time since they last lifted the trophy in the year 2000.

The Foxes will be confident of ending that wait on Tuesday, as they are unbeaten in their last four meetings with Villa and they claimed a 4-1 victory when the two sides met at Villa Park in the Premier League last month – a match Vardy scored twice in.