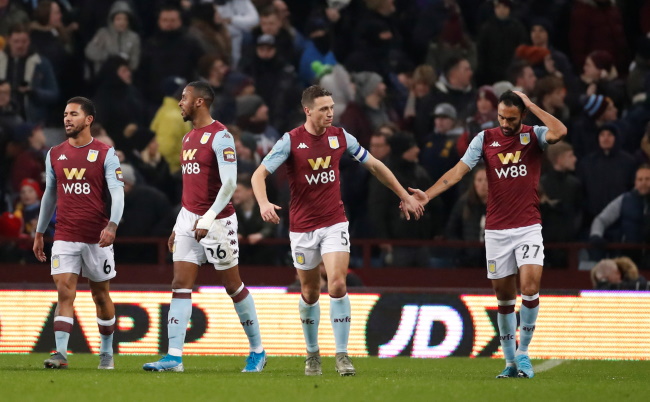 Aston Villa defender James Chester has joined Stoke City on loan until the end of the season.

The Potters were keen to strengthen their backline following the departure of Cameron Carter-Vickers and now they have acquired the 31-year-old Chester from Villa.

Chester, who has been capped 35 times by Wales since debuting in 2014, had been at Villa Park since the summer of 2016 following their relegation from the Premier League.

Last season, he helped them gain promotion back to the top flight after a three-year absence, following a 2-1 play-off final victory over Derby.

However, he spent 11 months out of action due to knee and hamstring injuries between January of last year and December.

This season, he has failed to register an appearance in the Premier League.

He made his comeback in Villa’s 5-0 EFL Cup quarter-final win against a youthful Liverpool side and also featured in the 2-1 defeat at Fulham in the FA Cup third round.

Ex-Manchester United trainee Chester has now been allowed to leave in order to gain regular first-team football with the likes of Tyrone Mings, Ezri Konsa, Kortney Hause and Bjorn Engels all ahead of him in the pecking order.

Potters boss Michael O’Neill is very pleased to have brought Chester in and believes he will be a huge asset in their quest for Championship survival as he prepares to link up with international colleagues Joe Allen, Sam Vokes and Adam Davies at the Bet365 Stadium.

O’Neill said: “James is a player who has great experience at both club and international level and I’ve no doubts he will be a valuable addition to our squad for the remaining 14 games of this season.”

Chief Executive Tony Scholes added: “We are delighted to have held off competition from a number of clubs to secure the services of James on loan.”

Chester is Stoke’s second signing of the January window after Jordan Thompson was brought in from Blackpool.

A compatriot of O’Neill, the midfielder penned a two-and-a-half-year deal after an undisclosed fee was agreed with the Tangerines.