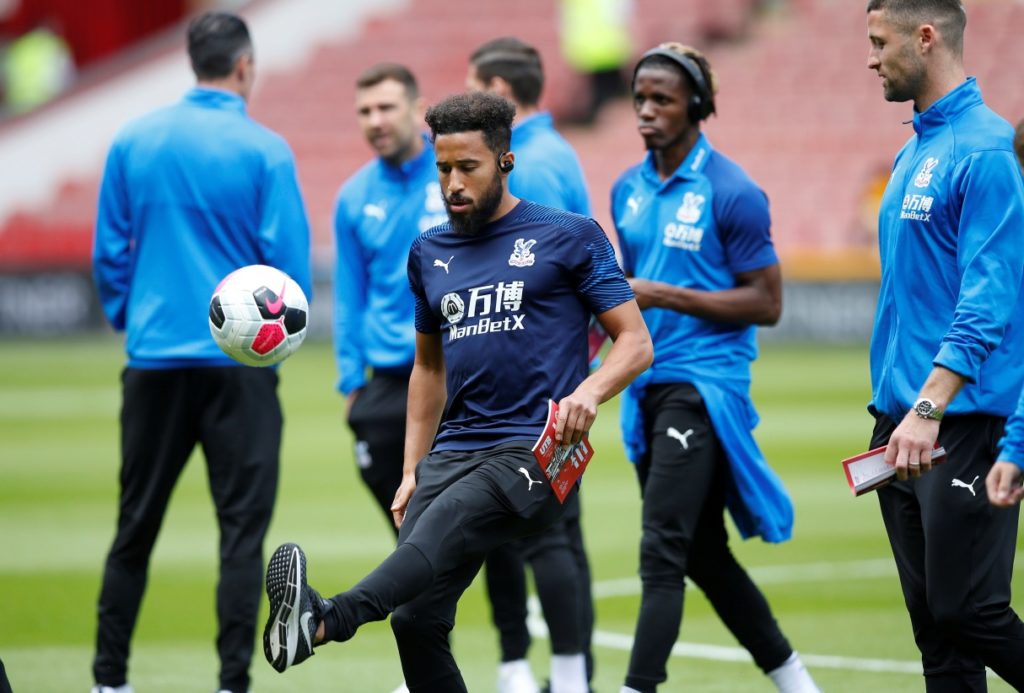 Crystal Palace coach Roy Hodgson will be boosted by the return of three first-team players for Saturday's Premier League meeting with Sheffield United.

The Eagles have been without Patrick van Aanholt, Andros Townsend and Christian Benteke for the last few weeks but Hodgson is set to welcome them back into his squad for the clash at Selhurst Park.

Palace have started to struggle in the Premier League, and they have dropped to 11th in the top-flight table.

Their last win came on Boxing Day, although they have had to play Arsenal and Manchester City, and they picked up two points from those fixtures.

Southampton beat them last time out but their form on home soil is much better, and they have lost just one of their last five at Selhurst Park.

Striker Cenk Tosun, who joined the club on loan from Everton, will miss the game with a hamstring injury and he is joined on the sidelines by Jeffrey Schlupp and Mamadou Sakho.

However, Palace are able to call upon Luka Milivojevic after he completed his suspension, although Hodgson is still expecting a tough afternoon at the office.

He told BBC Sport: “Sheffield United have gone from strength to strength. They are a really good team and have played exceptionally well since their promotion.

“One of the things we know they do is to defend well and get bodies behind the ball very quickly. What I’m looking for from us is the quality to unlock their defence, to make it difficult for them to keep us out.”

Chris Wilder’s Sheffield United will travel to Selhurst Park with a chance to climb into fifth in the league table with a victory. They are only three points above Hodgson’s troops, but they will travel to London on the back of three wins from their last five games.

Wilder’s side reached the fifth round of the FA Cup after beating Millwall last week, while they are unbeaten in two on the road.

Sheffield United new boy Sander Berge will be not considered after only signing for the club on Thursday night, while John Lundstram is expected to get the nod over Muhamed Besic in the middle of the park.