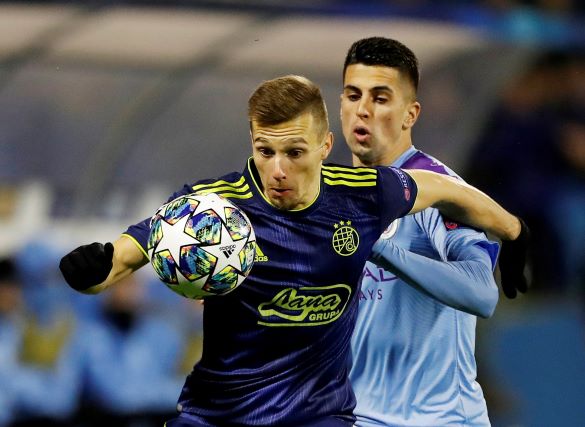 West Brom are reportedly set to bid £8million for Dinamo Zagreb ace Mislav Orsic as one of two signings Slaven Bilic wants to make before next week's deadline.

The Telegraph report that Bilic will move for the Croatia international this week and the potential swoop for Orsic couldn’t be better timed amid Albion’s recent slump and the loss of winger Matheus Pereira for three matches.

Pereira will miss Albion’s next three fixtures after being charged with violent conduct by the FA following Monday night’s 1-0 Championship loss to Stoke City.

The Express and Star now state that contact has been made between West Brom officials and the representatives of the 27-year-old, who is understood to be Albion’s primary target this month,

Bilic wants the addition of two players to his promotion-chasing squad and has seen his original shortlist of players now whittled down to just three names.

Orsic has already scored 17 goals this season with five of those coming at the highest level of club competition – the Champions League.

The 27-year-old scored a hat-trick against Atalanta in the group stages and also found the back of the net in matches against Rosenborg and Shakhtar.

Bilic made a strong case for the hefty bid in a late-night transfer summit with chief executive Mark Jenkins and Luke Dowling, the club’s technical director, following  Monday’s home defeat to Stoke.

His need for reinforcements in wide areas increased after Grady Diangana suffered a recurrence of his hamstring injury.

Zagreb are understood to want around £9million for Orsic, who made his international bow in September last year.

Speaking at a press conference last week, Bilic confirmed his interest in signing his fellow countryman – with the move for Orsic having hotted up

“We are interested in him, yes. Is it going to happen? Who knows, we’ll see.”

Meanwhile, Pereira will now miss the next three matches – the FA Cup tie at West Ham and league fixtures against Cardiff and Luton.

The Brazilian appeared to elbow Stoke midfielder Joe Allen towards the end of the first half of Monday’s defeat and the club have accepted his FA charge.