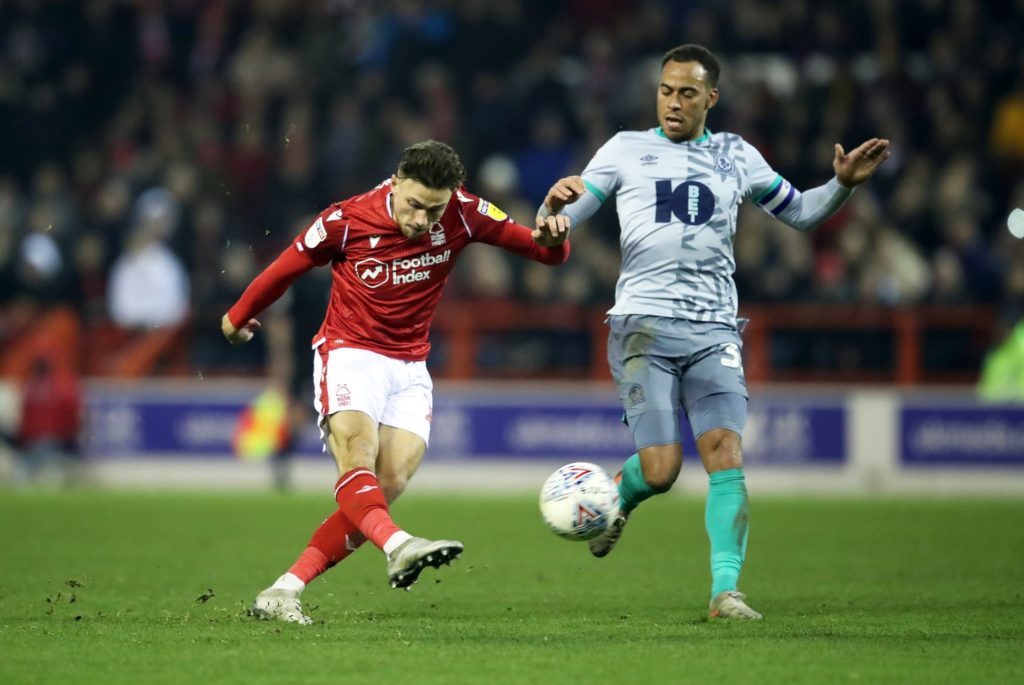 AC Milan have been linked with a move for Nottingham Forest’s Matty Cash, proving that there is life outside the Premier League in England.

Cash has been turning heads with his displays at right-back for the East Midlanders, with 26 appearances in the Championship this term and two goals to his name.

The Slough-born youngster signed for Forest in 2016 having spent time in the Wycombe Wanderers set-up and at the FAB Academy.

He was initially utilised in a midfield role, scoring eight times from 41 appearances in all competitions last season but City Ground chief Sabri Lamouchi has slotted him in at right-back.

Milan’s scouts have seemingly identified the versatile star as someone who could make a difference to their side.

It remains to be seen if anything happens in the current window, but the fact he has even been linked with a club of such standing proves the strength there is in England’s second tier.

Football Insider claim Milan are lining up a shock move as they look to cover for injured full-back Davide Calabria.

The Premier League has long been thought of as the place to be and, along with Spain’s La Liga, the best league in world football.

While most of the top clubs are packed full of foreign stars, there is now a trend for English players to drift to the continent, especially if they cannot get regular action.

Jadon Sancho is one such example of a youngster overlooked by Manchester City who is now thriving at Borussia Dortmund, and the Bundesliga outfit could benefit from a nine-figure transfer fee if the England international moves on in the summer.

Italian clubs used to rule European football but, Juventus aside, that is now a thing of the past and they struggle to attract the top stars.

Therefore it is prudent to look lower down to try an unearth a gem and, in Cash, they may well do that.

The Rossoneri have also been looking at Jayden Bogle of East Midlands rivals Derby County – something that would never have happened back in the 1980s and ’90s.

English football seems to be in good health at present, with Gareth Southgate’s Three Lions flying high, and exposure to top leagues for emerging talent in the lower leagues can only be of benefit in the long run.

If Cash does make the switch then it may well open the floodgates for more continental clubs to search the Championship for any stars the Premier League clubs may have missed.