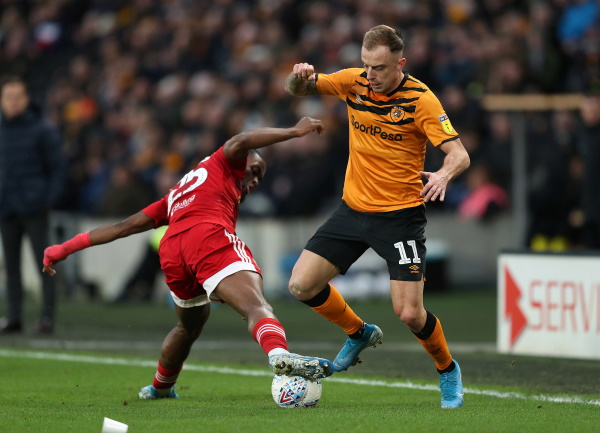 The Poland international, a long-term target for boss Slaven Bilic, scored seven goals and made five assists for the Tigers this season.

Grosicki joined Hull in January 2017 from French side Rennes but could not help them survive in the Premier League as they were relegated to the Championship under Marco Silva.

Since then, Grosicki has made a name for himself as one of the best players in the Championship and has scored 25 times in 122 appearances.

However, the 32-year-old’s contract was due to expire in the summer. With no prospect of a new one being agreed, Hull have reluctantly allowed him to depart.

He becomes the Baggies’ second signing of the January transfer window after Callum Robinson joined from Sheffield United on loan on Wednesday.

Technical director Luke Dowling is pleased with the business they have done and believes Grosicki will fit in well with the rest of the squad.

“Kamil is one of the most consistent players I have seen,” he told the club’s official website.

“He’s always a seven out of 10 guy who will give you a nine as well. He’s exactly the type of player we want to be adding at this stage and, as soon as he heard of our interest, there was nowhere else he wanted to come.”

Grosicki will hope to aid West Brom’s promotion bid and halt their shocking recent record of seven games without a victory as they lie second in the Championship table.

As for Hull City, it could be a bad day for Grant McCann’s side, with Jarrod Bowen also close to departing the KCOM Stadium.

The 23-year-old is being strongly linked with a switch to the Premier League, with West Ham and Crystal Palace known to be interested.