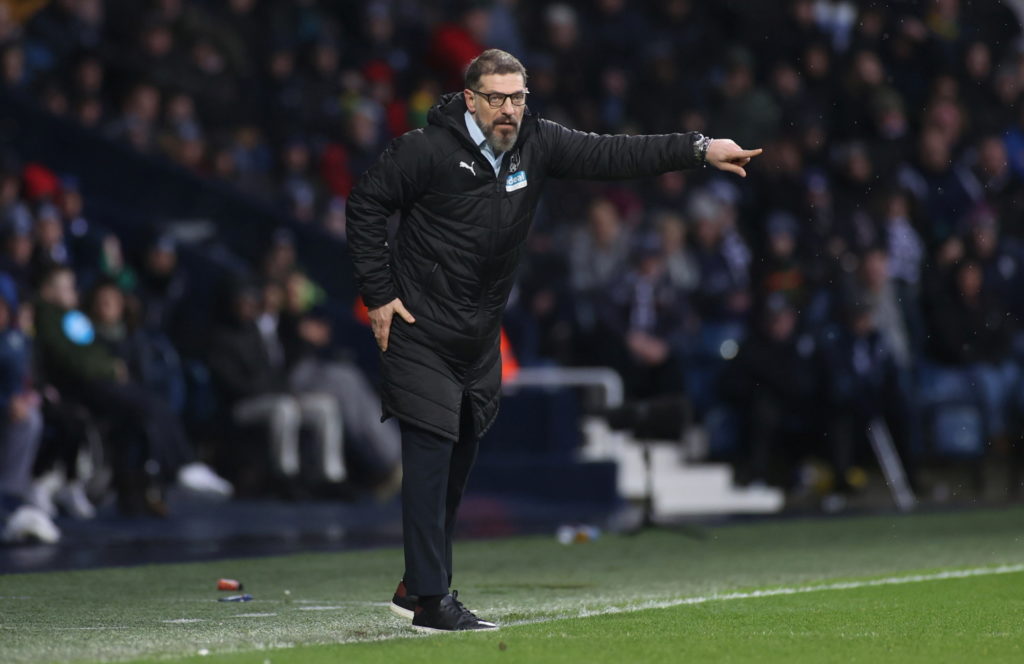 The Championship promotion race is usually one of the highlights of the domestic season but West Brom and Leeds seem to be having it handed on a plate to them.

The Baggies and Whites have led the way in the fight to secure Premier League football for the majority of the season, but both have endured difficult spells.

However, in previous campaigns when a host of teams have been involved in the fight to claim a top-two spot and trade places on a regular basis whenever a rival hits a sticky spell, it’s not happening this time around.

Leeds are only too aware of how any end-of-season jitters can prove costly at the business end of a campaign after their implosion allowed Sheffield United to snatch second spot last term and left them condemned to the lottery of the play-offs.

That ended disastrously as Derby overturned a first-leg deficit to win the second leg at Elland Road as the Whites were left facing another season in the second tier.

This time around Marcelo Bielsa’s men suffered four defeats in seven since New Year’s Day and picked up just one win in that run.

But they appear to have recovered well and four consecutive wins have moved them five points clear of third-placed Fulham.

West Brom sit one point ahead of the Yorkshiremen at the summit but they too have endured a difficult run of results with no wins in seven between December 21 and January 28.

Slaven Bilic’s Baggies have also recovered to an extent with five wins in the next seven, although they did lose at home against lowly Wigan last time out.

Both sides have been let off the hook by a lacklustre chasing pack during their poor runs though with Fulham, Nottingham Forest and Brentford all being given chances to put the pressure on in recent weeks – and then spectacularly failing to deliver.

Fulham were crushed 3-0 at home to second-bottom Barnsley last month, while Forest have won just one in six since defeating Leeds in early February and were also soundly beaten 3-0 against Millwall at the City Ground on Friday night.

Brentford were being tipped to muscle in on the top-two places, but the slick-passing Londoners have also choked with no wins in five, a run which included a 2-1 defeat at rock-bottom Luton Town, a team they had beaten 7-0 back in November.

A lack of credible threat has therefore given both West Brom and Leeds a sizeable points buffer to cruise across the line and celebrate promotion in the final ten matches while affording them a few slip-ups along the way.