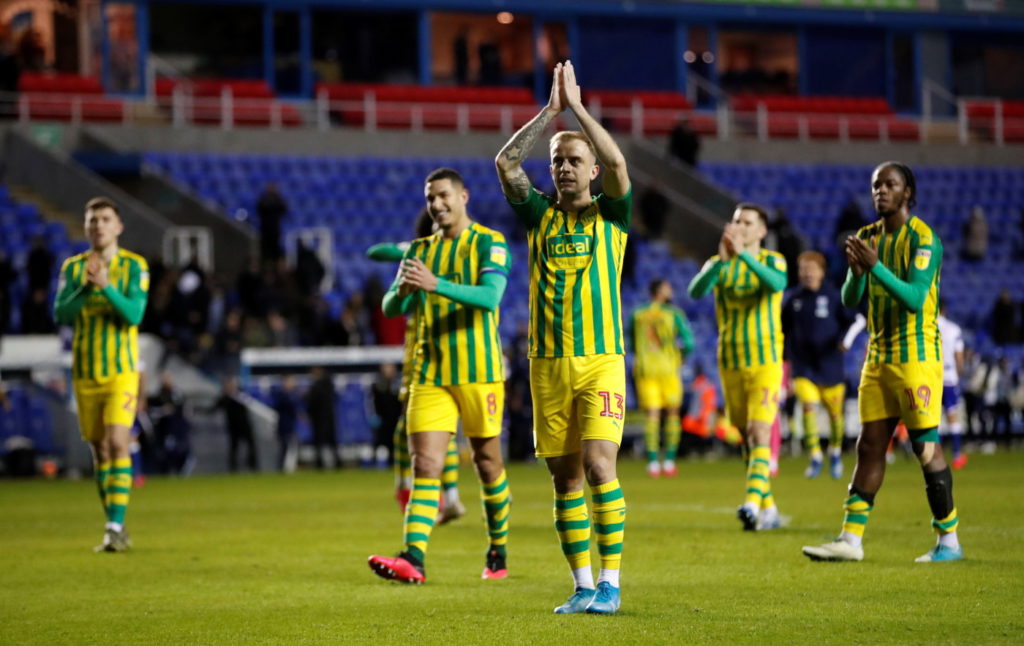 West Brom have moved six points clear at the top of the Championship standings after the teams below them faltered in the promotion race.

There was a full programme of Championship fixtures this midweek and it was West Brom who emerged as the big winners after they came from behind to beat Reading 2-1 at the Madejski.

It was the Baggies’ third successive victory and they appear to have steadied the ship following a seven-game winless run that had seen their previous cushion at the top of the standings evaporate.

It would be difficult to back against Albion going on to clinch one of the two automatic promotion positions at the end of the campaign although boss Slaven Bilic was keen to play down talk of winning the title after Wednesday’s match.

No rest for the wicked after the midweek action, we’ve highlighted some of the biggest games of the weekend for you here…#EFLhttps://t.co/NEJjEO4cBv

The results could have hardly gone any better for Albion during the week. Not only did they win, the four teams directly below them in the standings all failed to pick up the full three points.

Two of those four teams went head to head at Griffin Park on Tuesday night as Brentford and Leeds played out a 1-1 draw.

Leeds dominated much of the match but had to come from behind following a goalkeeping error by Kiko Casilla – something that is becoming an all too familiar feeling for the club’s supporters.

The Whites have now only won two of their last 11 Championship games and have gone from holding an 11-point buffer in the automatic promotion positions to being above third-placed Fulham on goal difference alone.

The Cottagers could have leapfrogged Leeds in the standings had they won at Millwall on Wednesday but Scott Parker’s side were also held to a 1-1 draw.

Brentford are two points behind Leeds and Fulham as are Nottingham Forest, who could have also moved into the top two this week although they surprisingly lost at home to struggling Charlton.

It has all allowed Preston and Bristol City to close the gap after they secured wins away at Stoke and at home to Derby respectively to consolidate sixth and seventh place.

There are now just three points separating second and seventh in the standings and, with no one able to put a consistent run together, it is anyone’s guess who will end up sealing automatic promotion.

The promotion push may not just be restricted to the current top seven as eighth-placed Cardiff appear to be building some momentum.

The Bluebirds have now only lost one of their last 11 Championship games and could be the side – there is usually one every season – that makes a late promotion surge.